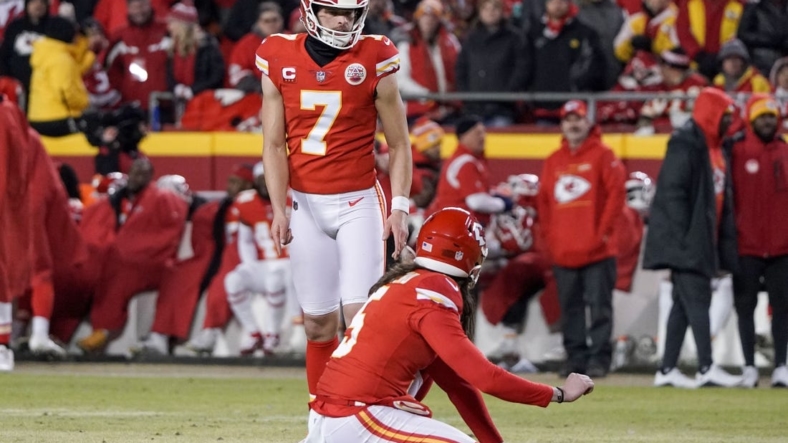 Kansas City kicker Harrison Butker will miss his second straight game due to a left ankle injury when the Chiefs visit the Indianapolis Colts on Sunday.

Butker injured his plant leg during the season-opening win over the Arizona Cardinals.

Matt Ammendola will again be Kansas City’s place-kicker this week. He booted field goals of 19 and 31 yards and made all three extra points during a 27-24 home win over the Los Angeles Chargers in Week 2.

Kansas City defensive end Mike Danna (calf) also will sit out against the Colts. He was injured against the Chargers.

Also, receiver Mecole Hardman (heel) was a full practice participant on Friday and is set to play.