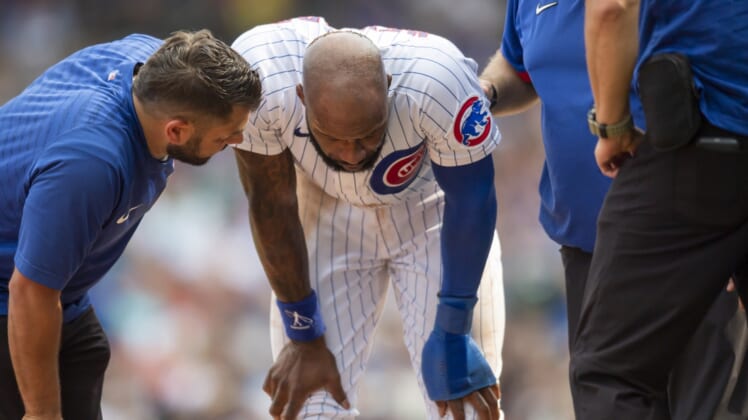 The move was retroactive to Sunday. Heyward was injured during Saturday’s game against San Francisco when the knee of Giants shortstop Brandon Crawford struck him in the head and neck.

Chicago recalled outfielder Trayce Thompson from Triple-A Iowa in a corresponding move. The 30-year-old is the younger brother of NBA star Klay Thompson.

Also on Tuesday, Heyward was announced as the Cubs’ nominee for the 2021 Roberto Clemente Award, which goes to the player who best represents baseball through “extraordinary character, community involvement, philanthropy and positive contributions, both on and off the field.”

Heyward, 32, is batting just .214 with eight home runs and 30 RBIs in 104 games with the Cubs this season. He has played six of his 12 big-league seasons in Chicago after spending his first five with the Atlanta Braves and one with the St. Louis Cardinals.

Thompson was acquired from the Arizona Diamondbacks in May and batted .233 with 21 homers and 63 RBIs in 88 games at Triple-A Iowa.

Thompson hit 13 of his homers for the Los Angeles Dodgers in 2016.