The Chicago Bulls made the first big move at the NBA trade deadline in acquiring Orlando Magic star Nikola Vucevic. Here's why it's a great deal for both sides. 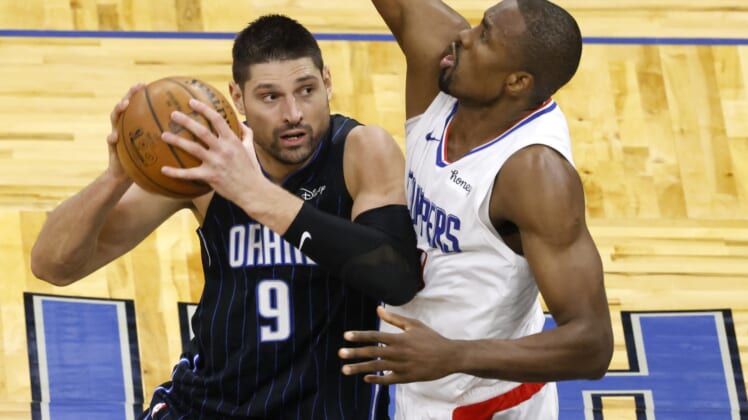 The NBA trade deadline is imminent, and the Chicago Bulls made a big splash Thursday in trading for Orlando Magic All-Star big man Nikola Vucevic.

Shams Charania of The Athletic reported that Orlando will receive center Wendell Carter Jr. and dynamic wing Otto Porter Jr. as part of the deal, in addition to some draft compensation to aid the Magic’s rebuild:

Most will view this swap as a huge win for Chicago — and make no mistake, it definitely is. However, it’s a trade package that actually benefits both squads based on their personnel needs and big-picture franchise outlook.

Bulls head coach Billy Donovan likes to push the tempo on offense, as Chicago ranks eighth in PACE rating in the NBA, whereas Orlando ranks 19th. Vucevic might not have been viewed as a strong fit for this brand of basketball a short time ago, yet his versatility and athleticism should allow him to flourish in such an atmosphere in the Windy City.

Vucevic has worked hard on his 3-point shot over the past several seasons, and it’s really paying off now. Despite the absence of viable scoring threats on the lowly Magic, Vucevic has hit at 40.6% from beyond the arc on 6.5 attempts per contest en route to 24.5 points on average. All those numbers are career-highs.

The biggest problem that’s really plagued the Bulls this season is turnovers. They lead the league with 16 per game, and must cut that down to have any hopes of pushing for the playoffs.

If not for all those giveaways, Chicago would be much higher up in the standings. With a go-to option like Vucevic in the frontcourt who can also help create spacing alongside stretch 4 Lauri Markkanen, the Bulls’ offense should really open up and fit what Donovan likes to do.

With a smoother operation offensively, the trademark gritty defense Donovan is known for should pick up. As we saw last season when he worked with minimal talent on the Oklahoma City Thunder, Donovan coached them to the seventh-best defensive rating, so even if Vucevic and Markkanen aren’t the best defensive frontcourt, they’re in good hands.

Why trading Nikola Vucevic was best for the Orlando Magic

It’s frankly a crowded frontcourt rotation in Orlando, full of young players bursting with promise. This past December, former lottery pick Jonathan Isaac was rewarded with a contract extension along with point guard Markelle Fultz. Both are out for the entire 2020-21 campaign due to injuries, but are in the fold for years to come.

Magic head coach Steve Clifford is adamant about his teams forging a defensive identity. Missing key pieces like Isaac and Fultz shouldn’t count against him this season, and the acquisitions of Carter and Porter from Chicago fit that paradigm.

Now, Porter is on an expiring contract, so one could argue adding him was inconsequential and doesn’t benefit Orlando. On the contrary, Porter was once deemed worthy of a max contract, and injuries have cut into his past two seasons. The Bulls also happened to hit on rookie Patrick Williams in the draft to be their cheaper small forward of the future. It goes to show the value of draft picks, two of which the Magic landed from Chicago.

Whether they keep Porter or not this summer, the Magic will have the chance to either get the 27-year-old at a bargain rate, or use the cap space he would’ve taken up to pursue other marquee free agents. Porter is a versatile wing defender who’s also an extremely proficient shooter, which is something Orlando needs on the perimeter.

As for Carter, he’s more of the defensive specialist type of center that Vucevic was not. The reality is, the Magic are still multiple years away from contending, and trading Vucevic now while there could be value to be had for him fits with their longer-term vision better. Carter is more of a Clifford type of player, and between him, Isaac and Mo Bamba, there’s reason to like Orlando’s personnel up front a lot.

ESPN’s Adrian Wojnarowski reported the Magic are finalizing a trade that will send guard Evan Fournier to the Boston Celtics, too, so obviously Orlando is in selling mode at the NBA trade deadline.

Since Aaron Gordon trade rumors are also flying around, it wouldn’t be a surprise to see the Magic try to swap him for either more draft assets or a proven player to give them more of a lift on offense.