Goldman, 27, will have to wait at least another week for his return to the field after he opted out of the 2020 season. He played in and started all but two games from 2017-19.

According to head coach Matt Nagy, Goldman tweaked his knee in practice on Monday. 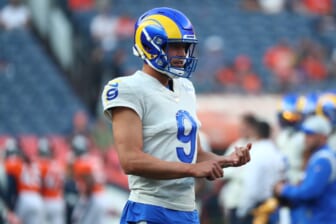