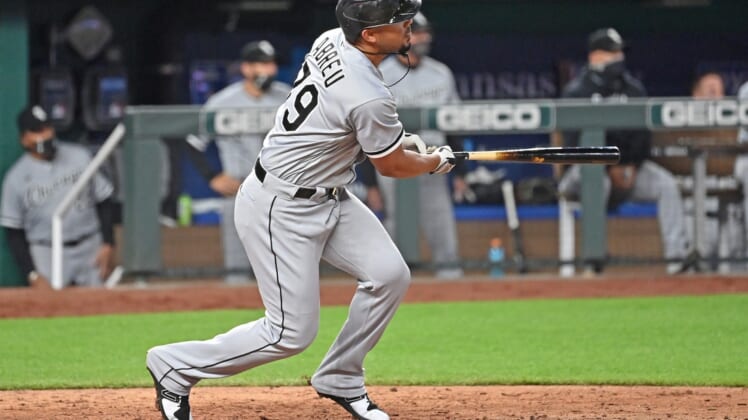 Carlos Rodon lowered his earned-run average to 0.58 with six scoreless innings as the Chicago White Sox defeated the Royals 3-0 in the first game of a three-game series in Kansas City. Rodon did not allow a runner past second base.

Rodon (5-0) has allowed two earned runs in 31 innings this season. His ERA is the best in the American League and trails only Jacob deGrom of the Mets (0.51) in all of baseball.

The White Sox’s last four games have all been shutouts. They have won two and lost two.

Salvador Perez had four of the Royals’ eight hits. The Royals have lost six straight games and have not scored in their last 22 innings. Prior to this losing streak they had not lost more than two games in a row in 2021 and they owned the best record in baseball.

Rodon struck out eight and didn’t walk a batter in his six innings. Liam Hendriks earned his sixth save in eight chances.

Brad Keller (2-4) had his best outing of the season, but still took the loss. He gave up three runs on five hits over six innings. He struck out six and walked just one. The walks have been a problem all season. He had walked 12 in 22 1/3 innings coming into Friday’s game.

Both pitchers were effective from the start. Rodon had seven strikeouts in the first four innings and Keller did not allow a hit until there was one out in the fifth. The White Sox finally got to Keller when Zack Collins hit his second home run of the season to straight-away center, the first hit Keller allowed.

The White Sox got two more runs on three hits in the sixth. Tim Anderson doubled to the wall in right center. He came around to score on Adam Eaton’s single to left. With two outs, Jose Abreu hit a double off the wall in left center, scoring Eaton.

The White Sox loaded the bases off reliever Jake Brentz in the seventh, but Brentz struck out Eaton to end the threat.