Ball, 19, received 84 first-place votes and earned 465 total points from a global panel of 99 sportswriters and broadcasters.

Ball was among a group of three finalists for the award, along with Sacramento Kings guard Tyrese Haliburton and Minnesota Timberwolves guard Anthony Edwards.

Edwards received the other 15 first-place votes and finished second with 309 points. Haliburton finished third with 114 points. 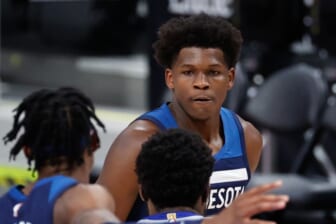 Also Read:
Anthony Edwards was robbed in Rookie of the Year voting

Ball, whose older brother Lonzo plays for the New Orleans Pelicans, took an unconventional route to the NBA, playing in Australia and Lithuania instead of U.S. colleges.

The third overall pick in last year’s draft by Charlotte, Ball filled up the scoresheet with 15.7 points per game, 6.1 assists, 5.9 rebounds and 1.6 steals. A wrist injury limited him to only 51 games (31 starts).

Ball silenced critics who questioned his long-range ability, connecting on 35.2 percent of his 3-point attempts.