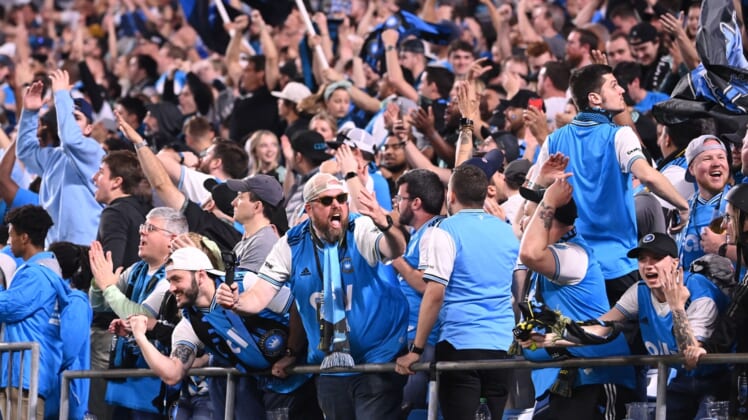 The 23-year-old joins the MLS expansion club as a Designated Player through 2025, with an option for 2026.

Jozwiak has earned 22 caps with Poland’s national team and will be reunited with Charlotte forward Karol Swiderski.

“We’re very happy to complete the permanent signing of Kamil to become our next Designated Player. He is a talented, technical winger that can play on both sides of the pitch who has started pivotal matches for one of the top national teams in the world,” sporting director Zoran Krneta said in a news release. “Kamil fills a position of need and is equally gifted in scoring goals and providing assists to his teammates. He has played over 200 professional matches at the club level and is still only 23 years old with his best years ahead of him.

“While any player moving to a new league will experience an adjustment period, having partnered up front with Karol on the international level, we’re confident he can hit the ground running and improve our attack from day one. He is a cultural fit both on the pitch and in the dressing room and he’s excited about the challenge of playing in Major League Soccer here in Charlotte.”

Before joining Derby County in 2020, Jozwiak played for the Polish clubs Lech Poznan and GKS Katowice.

Charlotte FC (0-2-0, 0 points) return to the pitch Sunday at the Atlanta United.