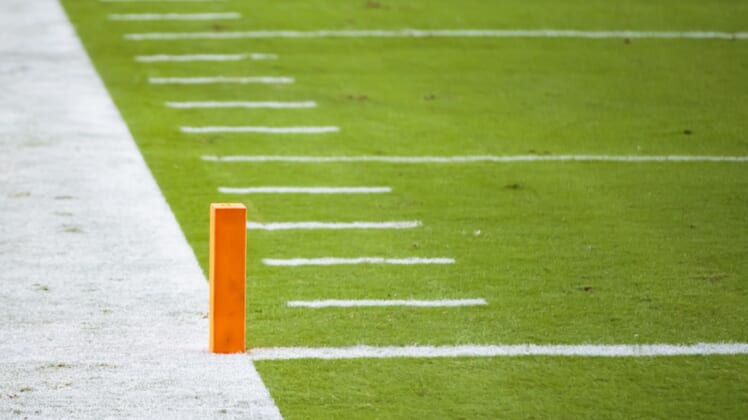 Charleston Southern announced Bradshaw’s death on Friday and said he “passed away off campus.” The school didn’t divulge a cause of death.

The school said authorities are gathering information about the circumstances of Bradshaw’s death.

“The thoughts and prayers of our entire Buccaneer family are with the Bradshaw family, our football team, and our coaching staff at this very difficult time,” Charleston Southern athletic director Jeff Barber said in a news release.

Bradshaw was sidelined after undergoing wrist surgery and didn’t play in the Buccaneers’ 24-19 road loss against Kennesaw State last Saturday. The team has a bye this weekend.

“It is imperative that we not judge or allow circumstances to define who Joe was as a person,” Denson said. “Not only would that in and of itself be a tragedy, but it also would not accurately portray who Joe really was. Jo Jo was a phenomenal young man, son, student, and teammate.”