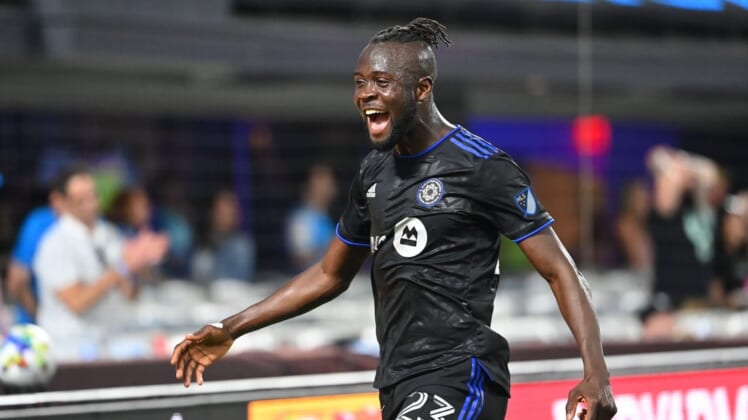 CF Montreal will look to get back on track and extend their home winning streak to four games when they host Real Salt Lake on Sunday.

Now they will play their next four MLS games at home. A win would give them their first four-game home winning streak since a five-game stretch from June 2-July 7, 2018.

“We’re happy to have this stretch at home,” midfielder Samuel Piette said. “We know we’re strong at home, that we play well, that we have that confidence. Preparation is easier when you don’t have to travel or return in the wee hours of the morning.”

Montreal’s Kei Kamara scored his 133rd career MLS goal on Wednesday, moving him to within one of Jeff Cunningham for third-most in league history. He has three on the season, tied for second on the team behind Djordje Mihailovic, who leads with six.

Strong play at home has helped fuel Real Salt Lake (5-3-4, 19 points) thus far, with better play needed on the road. The club has just 12 goals overall, tied for lowest in the Western Conference.

RSL is 1-3-3 as the visitors and they have been shut out in five of seven road games while scoring four goals in the other two contests.

Three of those road goals came against New England on March 12. Their last road tally was off a penalty kick against Colorado on April 2.

“The last game and a half, our mobility in the attack and our structure in the attack has been much better and given us opportunities to score goals,” RSL coach Pablo Mastroeni said. “Then I think it’s really the decisions when we’re in the final third.

“What we’ve been working on is an understanding of cues to look for in the final third to create the best chance on goal possible.”

RSL forwards Tate Schmitt and Bobby Wood lead the club with two goals apiece but neither has scored since March 19.

Pablo Ruiz will return from suspension Sunday, while Scott Caldwell will serve a suspension for an accumulation of yellow cards.