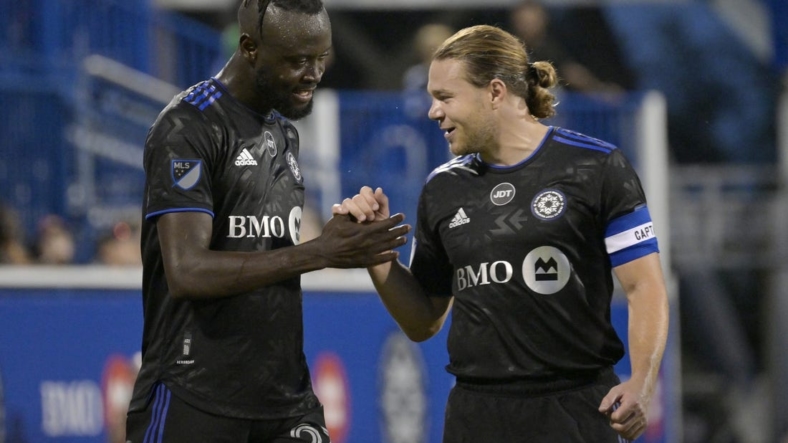 CF Montreal are on a roll and look to extend their unbeaten run to nine games when they host the New York Red Bulls on Wednesday.

Montreal sits in second place in the Eastern Conference table, five points back of the Philadelphia Union.

“We had a meeting this week and we talked about what we’ve accomplished to this point,” midfielder Samuel Piette said after the win against Chicago. “We’re hungry. We want a playoff spot and that elimination game at home but we also want to put our name in the team’s record books since joining MLS.”

Montreal heads into the match riding consecutive clean sheets. They’ve blanked the opposition four times during their current run and have conceded only six goals.

Romell Quioto has scored six goals in the past four matches. He’s the fourth player in the club’s history to tally in four straight. A score against New York would tie the club’s mark, set by Ignacio Piatti in 2017.

They are coming off a rare home win, defeating Inter Miami 3-1 on Saturday, and sit fourth in the Eastern Conference, one point behind New York City FC.

“We deserve this win,” coach Gerhard Struber said after the match. “It was necessary to win at home. I’m very happy for the fans, for my boys, that we can celebrate together a win. We left everything on the field. I can see a big commitment from my boys today, and I think it was the first step in a better direction, also, at home.”

Winger Lewis Morgan tallied his team-leading 12th goal on Saturday, his second goal in the past three games. He’s been a consistent producer this season, never going more than two MLS games without a goal since mid-April, but he has yet to score in consecutive contests.