Celtics to sign Kemba Walker to max contract, per report 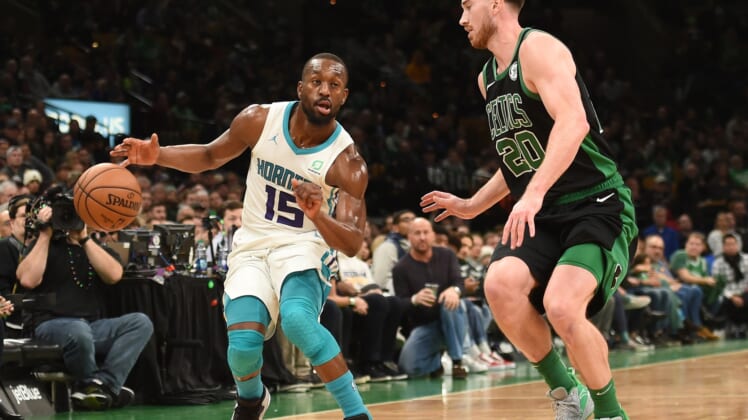 That’s now on the verge of coming to fruition. According to Shams Charania of The Athletic, Walker has committed to signing a four-year, $141 million deal with the Celtics.

The Hornets were previously said to have offered the All-NBA performer $160 million over five seasons, much less than the $220 million super-max he could have received.

Walker, 29, will replace Kyrie Irving as the face of the Celtics’ franchise. He’s coming off a career-best performance that saw the former lottery pick average 25.6 points, 4.4 rebounds and 5.9 assists while shooting 36 percent from distance.