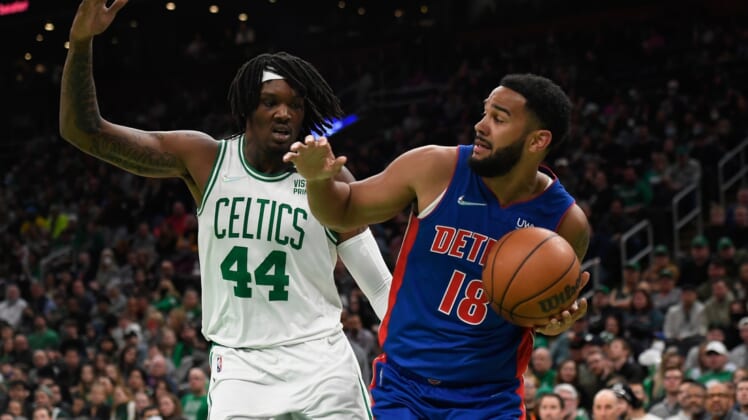 Boston Celtics center Robert Williams III underwent surgery for a torn meniscus in his left knee on Wednesday and is expected to be sidelined four to six weeks, the team announced.

The timetable puts Williams potentially back in action for the second round of the Eastern Conference playoffs.

The Celtics (47-29), who entered play Wednesday in third place in the Eastern Conference, announced the surgery was performed at New England Baptist Hospital.

Surgery went well, Preciate all the prayers and concern!

Williams, 24, sustained the injury Sunday at the end of the third quarter of the Celtics’ 134-112 win over the Minnesota Timberwolves. He limped off the court and did not return.

Williams has been a revelation this season for the Celtics. He has played in a career-high 61 games and started all of them. He is averaging 10.0 points, 9.6 rebounds and 2.2 blocks per game, all career highs.