Carson Wentz to wear No. 2 for the Indianapolis Colts 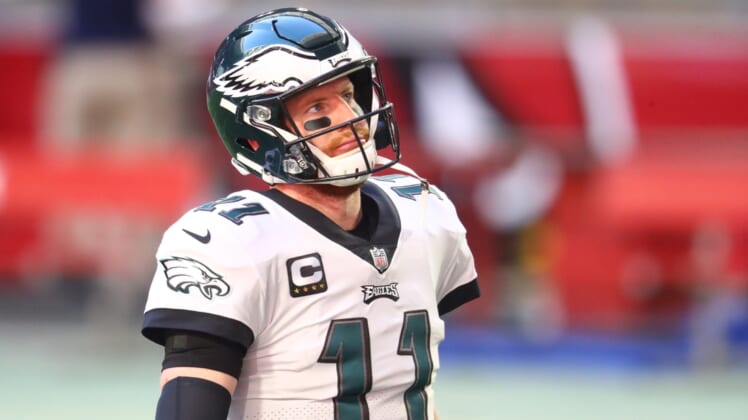 Indianapolis Colts quarterback Carson Wentz will wear No. 2 in his inaugural season with the club, a decision he announced during a special reveal Wednesday.

Wentz sent his new Colts jersey to superfan Giovanni Hamilton, with whom he forged a special relationship in 2019 while playing in Philadelphia. Hamilton posted a photo of himself wearing Wentz’s new No. 2.

Hamilton suffers from a condition called Schwartz-Jampel syndrome and has undergone more than a dozen surgeries.

Wentz wore No. 11 during his five seasons in Philly but Colts receiver Michael Pittman, who wore No. 11 in his rookie season, respectfully declined to give up the jersey number after the Colts agreed to trade for Wentz, a move that becomes official Wednesday.

Wentz seems to have at least one other fan — his former Eagles head coach Doug Pederson, who spoke publicly for the first time since being fired by the Eagles in January.

“I still have a lot of respect (for Wentz) and we drafted him five years ago to be the guy and I’m excited to see what he does with the Colts now,” Pederson said on the new NBC Sports Philadelphia podcast. “And he has a fresh start, too. I think that’s something that players go through in their careers. … I know that’s what he’s looking forward to and I’m excited to watch his career moving forward.”