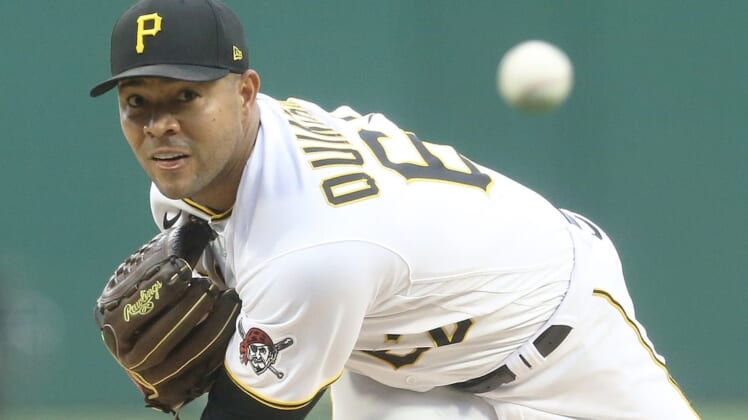 Left-hander Jose Quintana was acquired by the Cardinals from the Pittsburgh Pirates on Monday, filling a hole in the St. Louis rotation.

The major leagues’ trade deadline is set for Tuesday at 6 p.m. ET.

Quintana, 33, figures to provide solid rotation depth at a low cost, as he is on a one-year, $2 million contract. He will be a free agent after the season.

He will take the rotation spot of Steven Matz, who tore his left MCL on July 23. St. Louis general manager John Mozeliak recently told the St. Louis Post-Dispatch that Matz is unlikely to return this year.

Quintana is 3-5 with a 3.50 ERA in 20 starts this year. He has struck out 89 and walked 31 in 103 innings. Over his past two starts, Quintana threw a combined 12 2/3 scoreless innings against the Miami Marlins and the Philadelphia Phillies.

Oviedo, 24, started the season with Triple-A Memphis but was recalled to the Cardinals in early June. He went 2-1 with a 3.20 ERA in 14 appearances (one start) with the big-league club this year.