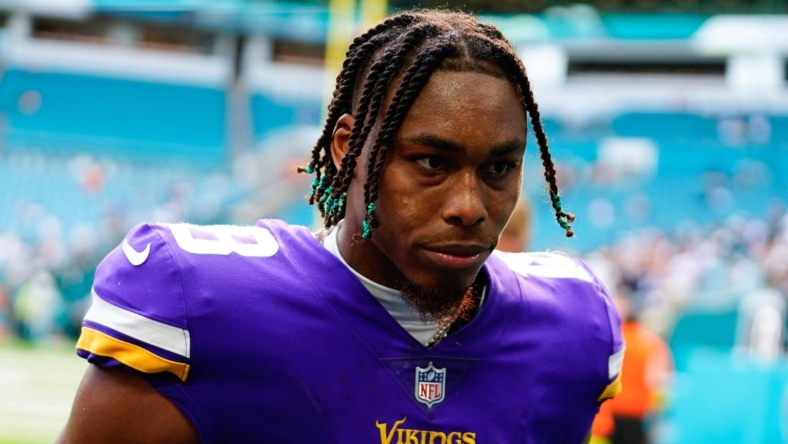 In the NFC, where there are only five teams with winning records, the matchup of the 5-1 Minnesota Vikings hosting the 3-4 Arizona Cardinals will be a crucial one.

It should also feature two rested teams. The Vikings are coming off their full bye while the Cardinals enjoyed their “mini-bye” following last week’s 42-34 win over the New Orleans Saints on Thursday night.

A large part of their success has been scoring in the final two minutes of the first or second half.

“We put a huge emphasis on it from Day 1,” O’Connell said. “Something we talk about every single week — different situations that not only come up for our football team but for everyone else around the league can be real learning opportunities for our team just so when those moments come up there is very little thinking that goes into it and more reacting and playing.”

For the Cardinals, the return of wide receiver DeAndre Hopkins against New Orleans after missing the first six games of the season because of a PED suspension gave a jump-start to the offense.

Quarterback Kyler Murray played with more confidence and coach Kliff Kingsbury was able to be more creative in play-calling.

“That’s the type of impact that true No. 1 top type of wideouts in the league — that’s the impact he has,” Kingsbury said. “There were some big plays where I felt like that was a security blanket and Kyler found him and kept the chains moving. And that’s where we really struggled with third down, second-and-long situations and Hop really had a huge impact on that.”

Many of the relevant numbers for both teams are similar.

The Cardinals are plus-5 in turnover ratio, the Vikings plus-4.

Last season at this time, the Cardinals were 7-0 but lost six of their final 11 games, including a playoff loss to the Rams. The emphasis has been on finishing the season strong.

Kingsbury said, “I like what I’m seeing. I think a lot of the adversity has helped us build some character throughout the first seven weeks and hopefully that’s on display moving forward. But we had a different look in our eye out there on Thursday and hopefully that continues.”

As for the Vikings, O’Connell knows there’s still a lot of football to be played.

“Very excited to be 5-1,” O’Connell said. “Our team has done a lot of things over these past six games to feel like we’re in a really good place as a football team with a lot of room to continue to grow. (There’s) a lot of exciting times ahead, and I think our guys are up for the challenges that will be ahead, adversity that we’ll hit.”

The Cardinals placed nose tackle Rashard Lawrence on injured reserve Wednesday. They consider running backs James Conner and Darrel Williams, and kicker Matt Prater day-to-day. Kicker Rodrigo Blankenship was signed to the roster from the practice squad and if Prater is able to kick, Blankenship could handle kickoffs. Center Rodney Hudson (knee) did not practice and it appears likely Billy Price will start his second straight game while Cody Ford will be at left guard.

Overall, the Cardinals listed six players not practicing Wednesday and four limited because of injuries, while the Vikings had none in either category.