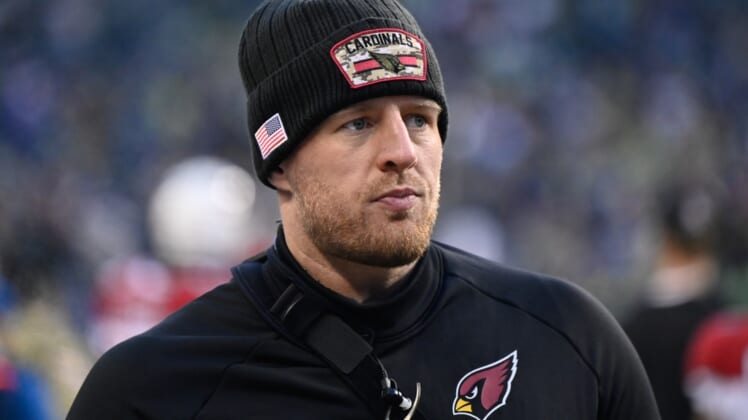 Watt can begin practicing Friday and can be activated to the 53-man roster at any time in the next 21 days.

NFL Network sources said the three-time NFL Defensive Player of the Year hopes to return for the first round of the playoffs.

The Cardinals (11-5) finish the regular season at home Sunday against the Seattle Seahawks (6-10).

Watt, 32, was placed on injured reserve on Nov. 6 following surgery to repair a torn labrum, torn rotator cuff and torn bicep. He sustained the injuries during Arizona’s Week 7 win against the Houston Texans, his former team.

He started the first seven games this season and recorded 16 tackles, 10 quarterback hits, one sack and one forced fumble.

Watt signed a two-year, $31 million deal with the Cardinals in March after playing his first 10 seasons with Houston.

This marked the fourth time in the last six seasons that Watt missed eight or more games. He has 102 career sacks, 26 forced fumbles, 16 fumble recoveries and two interceptions in 135 games since the Texans drafted him 11th overall in 2011.