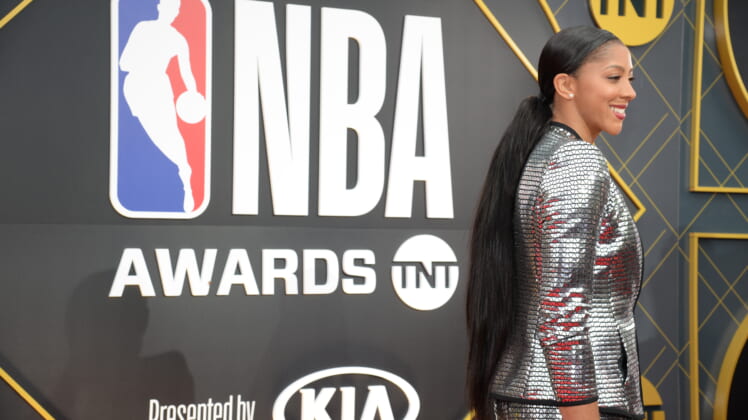 The year 2021 has been very kind to former WNBA MVP Candace Parker. In June, she was announced as the first woman to grace the cover of NBA 2K. She was voted as one of the WNBA’s 25 Greatest Players as part of the WNBA’s 25th Anniversary celebration.

Adding on to her basketball accomplishments, the City of Chicago has announced that September 16 will officially become Candace Parker Day.

In addition to the celebration of Candace Parker Day, Adidas has announced that it will be launching a collaboration with her officially known as the Candace Parker collection. It will be sold at Adidas outlets and Dick’s Sporting Goods available for purchase on September 23. Prices are set to range from $16-$180.

Candace Parker has been a model of success in women’s basketball at every level. She attended Naperville High School in Naperville, Illinois where she led the team to two state championships as well as winning two Naismith and Gatorade Prep Player of the Year awards.

Candace Parker as an all-time great

Parker then moved on to the University of Tennessee where she was coached by Hall of Fame head coach Pat Summit. There she led the Volunteers to two NCAA championships in 2007 and 2008 winning Most Outstanding Player each year while also winning John Wooden Player of the Year in each season. In addition, she is the first woman to ever dunk in an NCAA game.

She entered the WNBA as the first overall selection in the 2008 WNBA Draft by the Los Angeles Sparks. In her first season with the Sparks, Parker helped the team to a 10-win turnaround becoming the first and only player to ever win Rookie of the Year and MVP in the same season.

Parker spent the first 13 years of her career with the Sparks, winning another league MVP and leading the team to a championship in 2016.

This past offseason, Parker returned home signing a two-year deal with the Chicago Sky. After leading the Sky to victory in their season, the team had a minor setback posting a 1-7 record while Parker was out with an ankle injury. However, since returning to the lineup, the team has gone 13-8 while clinching a playoff spot holding the sixth seed.