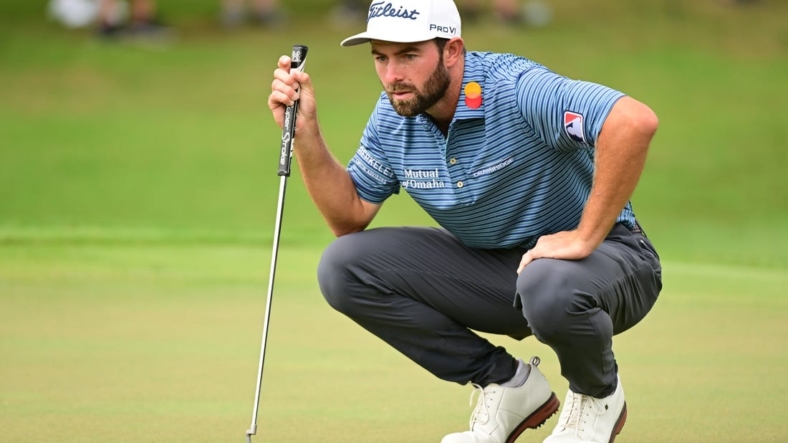 Cameron Young, the favorite to win PGA Tour Rookie of the Year, confirmed to reporters Sunday in Atlanta that he will not defect to the LIV Golf Invitational Series.

“Frankly, I have decided to stay,” Young said after shooting a final-round 69 at the Tour Championship and finishing in 19th place at 10 under par. “So I don’t know, it’s a really difficult situation, because it’s not really anything anyone wanted to happen. I think it wasn’t meant to be this hostile between the two.”

Young, 25, rose to No. 17 in the Official World Golf Ranking entering this week thanks to a season that featured seven top-three finishes — though not yet a victory. That included his solo second finish at The Open Championship in July.

Young called LIV “the elephant in the room for everyone” in the world of golf. The Saudi-funded series is set to announce a new collection of signings ahead of their next tournament Sept. 2-4 in Boston.

“Frankly, throughout the whole process with them, I was very interested,” he said. “I think they have a bunch of good ideas and are doing some cool stuff. With some of the changes coming (to the PGA Tour), that’s kind of what really helped me decide to kind of stay and pursue those goals that I have for myself, like making a Presidents Cup team and a Ryder Cup team and winning a major, when all of that is just uncertain if you go.”

Young was included among 22 of the PGA Tour’s golfers who met with Tiger Woods last week in Wilmington, Del., to discuss the tour’s future and what the top players could do to strengthen it. They came away with an agreement to play the top 17 tournaments — the four majors, The Players Championship and 12 so-called “elevated” PGA Tour events — each year so fans know when to expect to see the best players in the game compete.

Open champion Cameron Smith of Australia, the world No. 2, is widely reported to be joining LIV this week with the PGA Tour season complete. Cameron Tringale confirmed he will be heading to LIV. Aussie Marc Leishman, Joaquin Niemann of Chile and Anirban Lahiri of India are expected to play in next week’s LIV event outside Boston while Chilean Mito Pereira is also expected to make the move but will not play in the Boston event, per reports.

“We don’t know who’s going to go after this week or next year,” Young said. “I think there’s a really nice core group of guys that are just going to stay, and a lot of them are highly ranked players in the world. I don’t think the competition on the PGA Tour is going to go downhill significantly.”