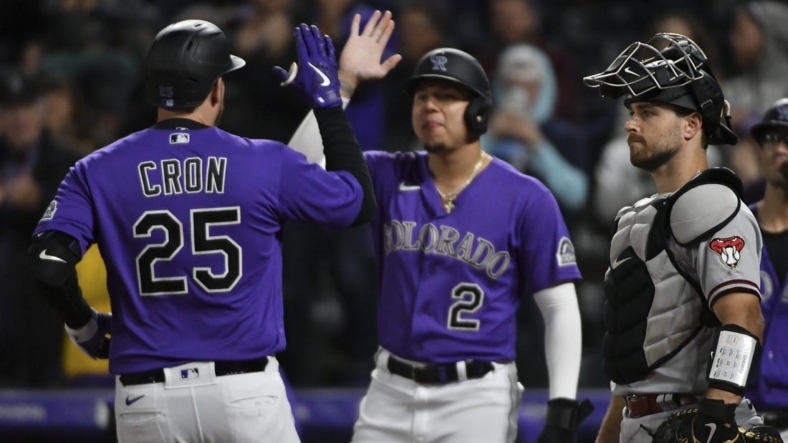 Justin Lawrence (3-1) tossed 1 2/3 innings of relief and Daniel Bard got the side out in order in the ninth for his 29th save for the Rockies.

Colorado (61-79) has won four straight and clinched the season series against the Diamondbacks. The teams entered the three-game series 8-8 against each other and the Rockies have won the first two of the series.

Jake McCarthy singled, walked twice and scored the lone run for Arizona (65-73), which had Ketel Marte and manager Torey Lovullo ejected in its fourth straight loss.

The game was scoreless until the Diamondbacks broke through in the fourth inning. With one out, McCarthy, Christian Walker and Marte singled to give Arizona the lead. Rockies starter Jose Urena limited the damage by getting Emmanuel Rivera to ground into an inning-ending double play.

Urena allowed one run on five hits and struck out five in 5 1/3 innings.

Madison Bumgarner cruised through the first five innings before the Rockies came alive. Grichuk led off the sixth with a walk, Yonathan Daza walked and a wild pitch put runners on second and third. Cron then homered to center field, his 28th of the season, to put Colorado in front 3-1.

The Rockies weren’t done. Brendan Rodgers doubled and moved to third on Michael Toglia’s double off the glove of shortstop Geraldo Perdomo.

One out later, Montero walked to load the bases and Sean Bouchard hit a sacrifice fly to bring home Rodgers.

The Diamondbacks’ frustration was apparent in the seventh. Marte argued a first-strike call with home plate umpire Hunter Wendelstedt and was ejected, and Lovullo was also tossed when he came out of the dugout.

Josh Rojas entered the game for Marte and struck out looking.