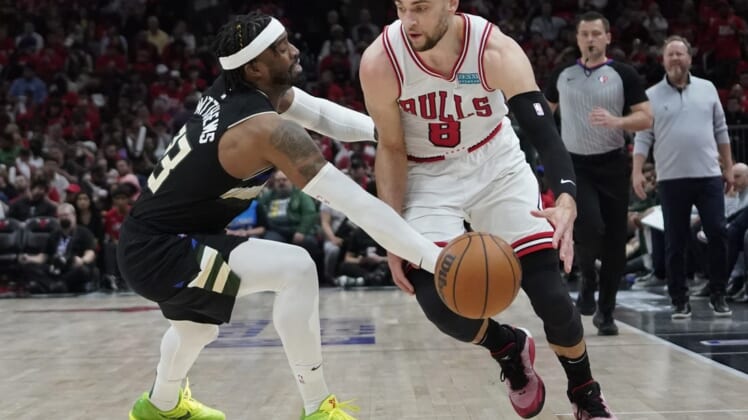 LaVine, who was bothered by knee soreness at times during the 2021-22 season, had the procedure done at the Cedars-Sinai Kerlan-Jobe Institute in Los Angeles.

LaVine missed several games in January and February before visiting with a specialist in Los Angeles and being medically cleared to return to the court. He was named an All-Star for the second successive season and averaged 24.4 points, 4.6 rebounds and 4.5 assists in 67 games.

Chicago made the playoffs as the No. 6 seed in the Eastern Conference, but LaVine missed the fifth and final game of a first-round series against Milwaukee after entering COVID-19 health and safety protocol.

LaVine, 27, is a pending unrestricted free agent for the first time in his eight-year NBA career. In three seasons with the Minnesota Timberwolves (2014-17) he averaged 13.7 points, but in his five seasons with the Bulls he has averaged 24.4 points, 4.7 rebounds and 4.4 assists while shooting 46.8 percent overall and 38.9 percent from 3-point range.