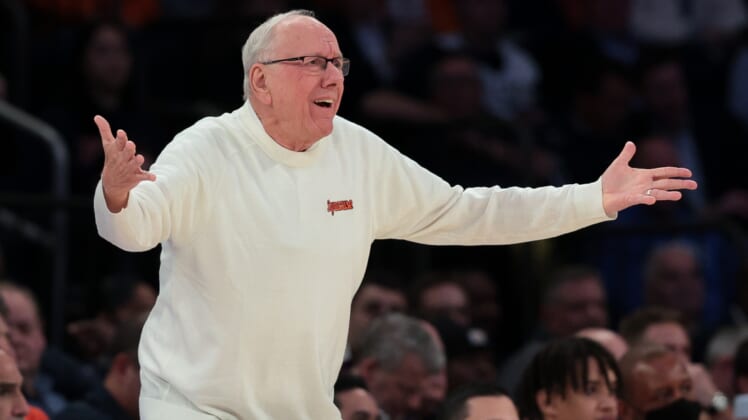 In a matchup of teams that each endured long breaks due to COVID-19 postponements or cancellations, Syracuse used quick starts in both halves to rout Brown 93-62 Monday night in Syracuse, N.Y.

Playing its first game since Dec. 11, Syracuse led by just six points starting the second half but pulled away with a 23-6 spurt in the first 6:29. Buddy Boeheim accounted for 14 points in the stretch and Jimmy Boeheim capped it with a jump hook that gave the Orange a 61-38 lead.

Kino Lilly Jr. scored 13 points to pace the Bears (8-6), who were playing their first game since Dec. 10. Brown was close earlier this season to road and neutral-court wins against North Carolina and Colorado, respectively, but couldn’t quite put Syracuse on upset alert.

The outcome came down to shooting. While the Orange connected on 65.7 percent of their second-half shots to finish the game at 57.4 percent, the Bears only hit 34.3 percent for the game. Syracuse sank 13 of 21 3-pointers and had 23 assists on 35 made buckets.

The Boeheims set the tone immediately by connecting on three straight 3-pointers in the first 2:52, with Jimmy Boeheim hitting two. The Orange established a 16-4 advantage at the first TV timeout, with all five of their baskets coming from deep.

Girard’s transition layup pushed the lead to 21-7 at the 13:18 mark, but Brown gained traction for the half’s remainder. The Bears did a good chunk of their work from the perimeter, hitting four 3-pointers over the final 10:21.

The last one of those, coming from Perry Cowan with 1:48 remaining, enabled them to close within 38-32 at halftime. Brown actually outrebounded Syracuse 20-17 in the half.