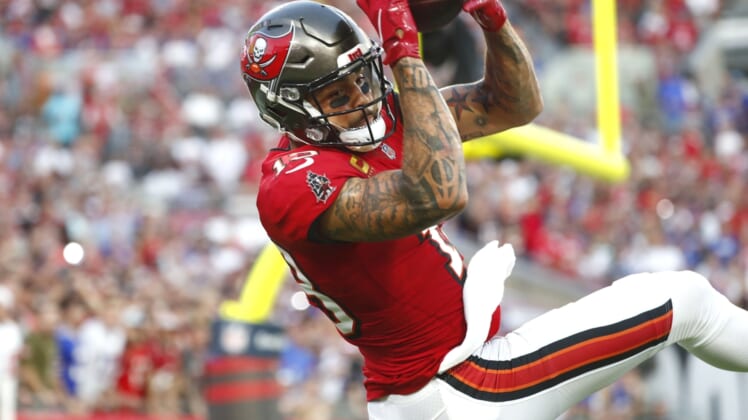 Evans has missed practice all week after sustaining a hamstring injury in last Sunday’s 9-0 loss to the New Orleans Saints. The Bucs also lost fellow wideout Chris Godwin (torn ACL) and running back Leonard Fournette (hamstring) to injuries in that game.

Evans, 28, leads the Buccaneers with 11 receiving touchdowns. The three-time Pro Bowl selection has 64 catches for 899 yards in 14 games.

A returning Antonio Brown as well as Scotty Miller and Tyler Johnson are expected to serve as the top wideouts for the Buccaneers (10-4), who can clinch the NFC South title with a win over the Panthers (5-9) on Sunday.

Arians said he wasn’t too worried about quarterback Tom Brady adjusting to a changing set of receivers.

“He looked fine. Tom is Tom. He’s going to find the guys and get the right guys,” Arians said. “The guys worked hard this week, so he has a lot of confidence in all of them.”

Winfield, 23, will miss his second straight game with a foot injury. He has 72 tackles, two interceptions, two forced fumbles, two fumble recoveries and one sack in 11 games this season.