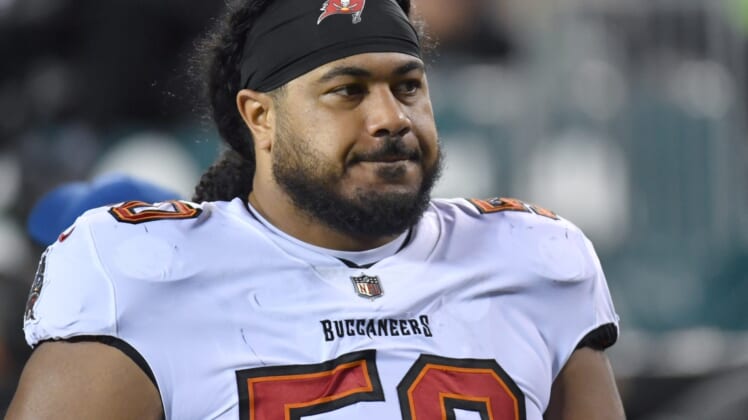 The team did not disclose terms, but multiple reports put the deal at $73 million.

“Vita Vea has emerged as one of our league’s most disruptive interior defensive linemen due to a unique skill set that combines strength and superior athleticism,” Buccaneers general manager Jason Licht said in a statement. “Vita’s abilities as both a premier run stuffer and pass rusher are rare, and his presence on the defensive front has played a major role in our ability to consistently rank among the league leaders in rush defense since his arrival.”