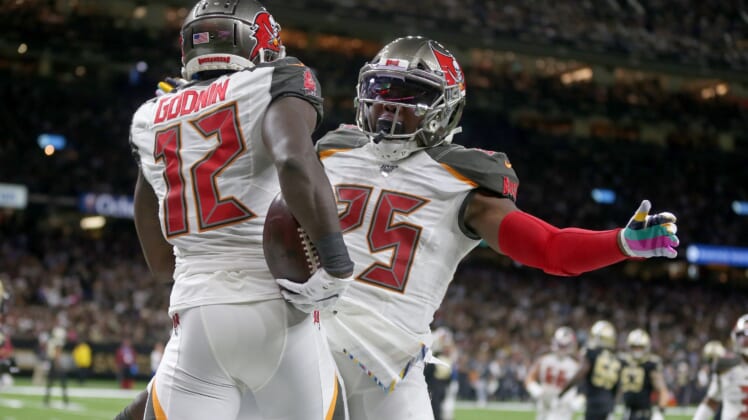 There are one-handed catches, and then there’s what Tampa Bay Buccaneers receiver Chris Godwin did to the Atlanta Falcons on Sunday.

Watch as Godwin defies the laws of physics to haul in this one-handed touchdown catch.

Winston did a very poor job leading his guy here. And Godwin is lucky to escape without being injured. How he hung onto this pass for a touchdown I’ll never know.

As noted by the NFL on Twitter, this was Godwin’s second touchdown catch of the day. His first was almost as amazing, but this one takes the cake.