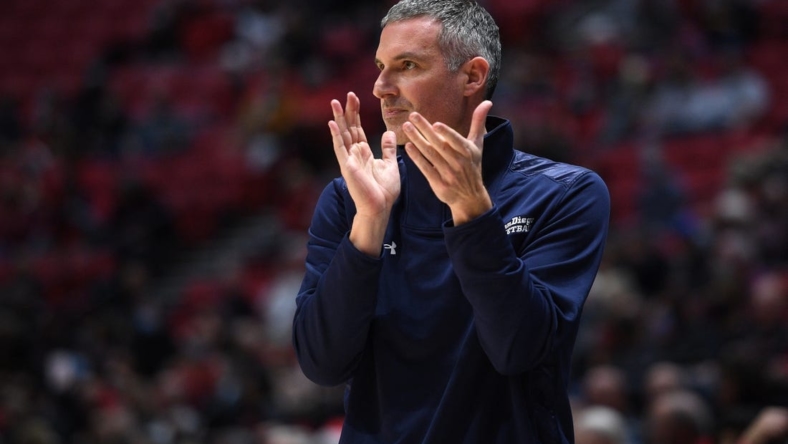 Bryce Pope scored 19 points and hit his crucial fifth 3-pointer with 12 seconds to play as the UC San Diego Tritons extended their short but perfect history against the visiting California Golden Bears with a 64-62 victory on Tuesday night.

Emmanuel Tshimanga added 12 points on 5-of-6 shooting for UCSD (1-2), which held on after a fast start to beat Cal for the second time since transitioning to Division I at the start of the 2020-21 academic year.

Pope finished 5 of 8 from 3-point range on a night the Tritons shot 9 of 22, making seven in the first half while jumping out to an 18-point lead.

Devin Askew led four Cal players in double figures with 13 points as the Bears (0-3) struggled with a slow start for the second consecutive game.

Four days ago at home, they trailed by 15 at halftime against Kansas State, then closed to within one in the second half before ultimately losing by nine.

Cal stayed in this game by making 21 free throws in 24 trips to the line, but the Bears shot only 1 of 8 from 3-point range and trailed 34-27 in rebounds.

The Bears managed to limit the first-half damage by getting the deficit to 10 by the break, but they edged no closer than three possessions until a late 10-1 run.

Lars Thiemann’s two free throws closed it to 57-52 with 4:19 to play, Sam Alajiki’s dunk off Marsalis Roberson’s feed cut it to 59-56, and Joel Brown’s driving layup on the next possession made it a one-point game with 2:14 left.

Askew had a chance to give Cal the lead on its next possession, but his running leaner hit off the glass and fell off the rim.

Instead, Pope’s shot sealed the game. He drove right, pulled up from about 23 feet and sank a 3 from the right wing that stretched it to 64-60 with 12 seconds left.

In the process, it ended the Tritons’ stretch of 6:18 without a field goal.