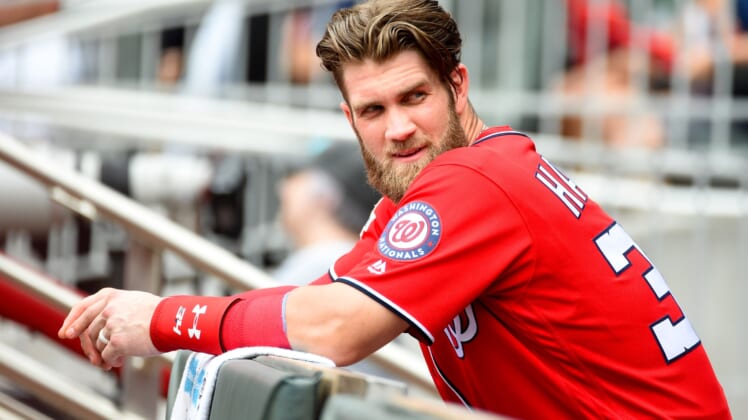 The Bryce Harper rumors are flying in fast and furious right now as the Los Angeles Dodgers and Philadelphia Phillies try and sign the superstar.

Los Angeles jumped back into the fray recently. And while it’s been reported that the Dodgers are only interested in a short-term deal, the Phillies are reportedly “concerned” that Harper will end up signing with the Dodgers if the team makes an offer that’s close to what Philly has on the table, per Jon Morosi of MLB Network.

Morosi mentioned that Harper would like to play close to home (Las Vegas), that there is an appeal to train in Arizona, and that Harper is a Los Angeles Lakers fan.

We have long heard that there are multiple teams that have offered Harper over $30 million per year. The Phillies are said to be one of those teams. If Los Angeles truly is going to land him they’ll need to break from the norm and offer a true long-term deal.

For what it’s worth, just a couple days ago Dodgers manager Dave Roberts expressed that he’d be surprised if his team ended up landing Harper. So take all this with a grain of salt.