Bryce Harper calls out Nationals fans for heckling him 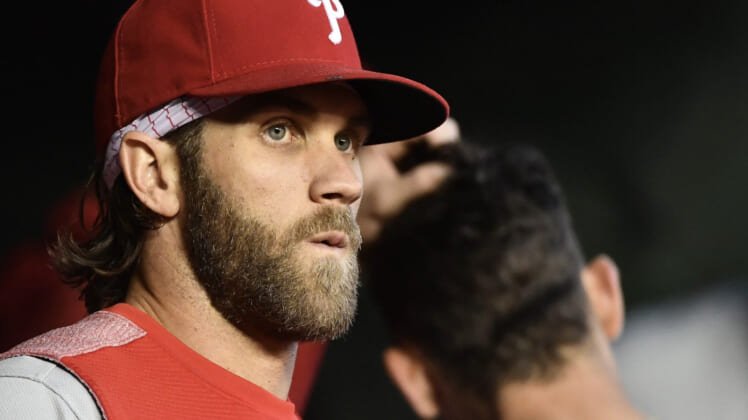 What did he think would happen after signing with the division rival Philadelphia Phillies during the offseason?

Former Washington Nationals star outfielder Bryce Harper and his Phillies took to Nationals Park one day after being eliminated from playoff contention.

We’re not exactly too sure what was said. It could have crossed the line. However, Harper is going to get even more crap for these postgame comments.

As his Phillies were eliminated from playoff contention, the Nationals have already clinched a spot in the postseason. It was not a banner first season for Harper in the City of Brotherly Love.