Bryce Harper back with Phillies after birth of son, Krew 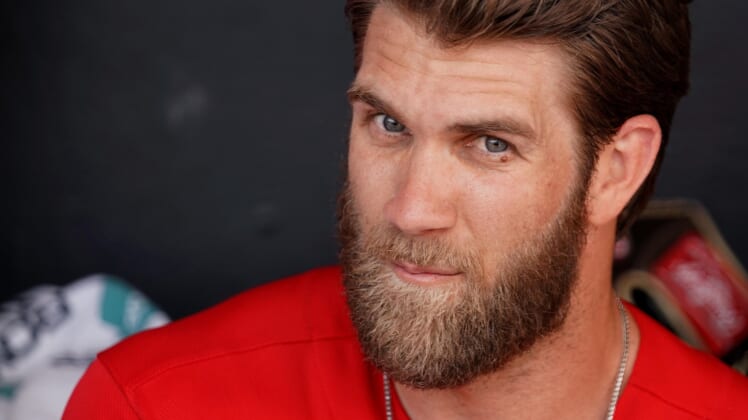 Bryce Harper has been away from the Philadelphia Phillies for a few days to be with his wife, Kayla, as she gave birth to their son.

On Monday, Harper was reinstated from paternity leave:

On Monday, Kayla introduced the little guy with a sweet picture of the three of them at the hospital following his birth. She included his full name: Krew Aron Harper.

Harper had been on a bit of a hot streak before leaving his teammates for Krew’s birth. Now juiced up with joy over the new addition to his young family, he should be a welcome addition back to the team’s lineup.