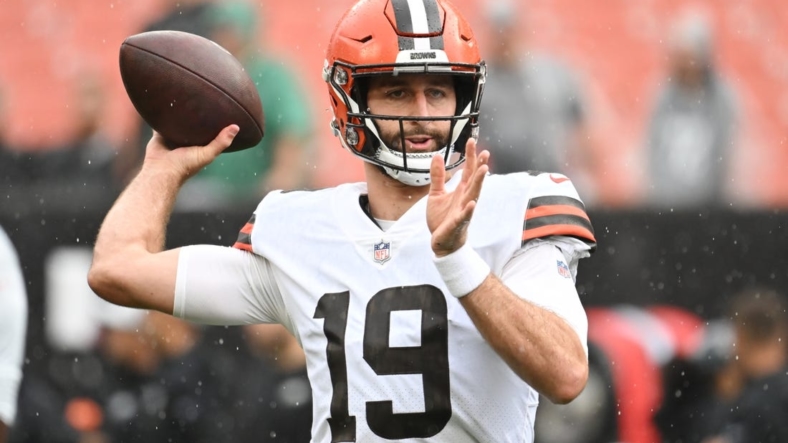 The Cleveland Browns signed quarterback Josh Rosen and defensive end Isaac Rochell to their practice squad on Thursday, just days after releasing them.

Rosen, a former first-round pick, competed in training camp with Joshua Dobbs to back up Jacoby Brissett and was released as the team cut its roster to 53 on Tuesday.

Rochell, in his sixth season, was dropped by the Browns on Wednesday to make room on the roster for another quarterback, Kellen Mond, who was claimed off waivers.

The Browns’ practice squad is now full at 14 players.

Rochell, 27, initially was a seventh-round pick of the Los Angeles Chargers in 2017 and spent four seasons there before moving to the Indianapolis Colts in 2021. He has 9.5 sacks and 91 tackles in 63 career games (nine starts).