Comparing any rookie to a veteran is a fool’s game. Doing so when drawing a comparison to an all-time great is even more foolish. It’s nice to give fans something to be happy about during a slow part of the year, but it’s also unfair to both the rookie and the player he is being compared to.

“The best way I can describe Duke is what Thurman Thomas was for Buffalo,” Montgomery said last week, via the Akron Beacon Journal. “It’s going to be all over the field. It’s a ‘Where’s Waldo?’ He gives you another dimension. He creates one-on-one problems. We hope he can be a little bit like the kid, (Giovani) Bernard, in Cincinnati. If he can do that for us, that gives us a different perspective on how we approach the field and gives us a chance to move people around and taking advantage of a mismatch.”

Cleveland selected Johnson out of Miami in the third round of the draft this past May. And while the team received a tremendous amount of value by adding the dynamic young running back, he’s yet to even step on the field for an actual NFL game. Considering Thomas is one of the best all-around running backs in the modern history of the game, that’s just an unfair comparison.

Johnson, who some (myself included) viewed as one of the most underrated players in the 2015 draft, is coming off a 2014 season at Miami that saw him put up over 2,000 total yards and 13 touchdowns. At 5-foot-9 and 207 pounds, Johnson does compare favorably to Thomas, who played at 5-foot-10 and 200 pounds during his career.

He does, however, join a loaded Browns backfield that already includes sophomore running backs Terrance West and Isaiah Crowell, who combined for over 1,400 total yards and 13 touchdowns last season. For an otherwise suspect Browns offense, that’s not a bad problem to have. 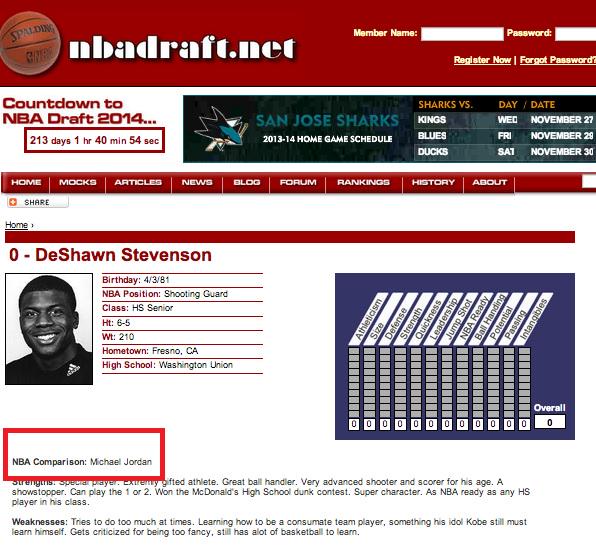