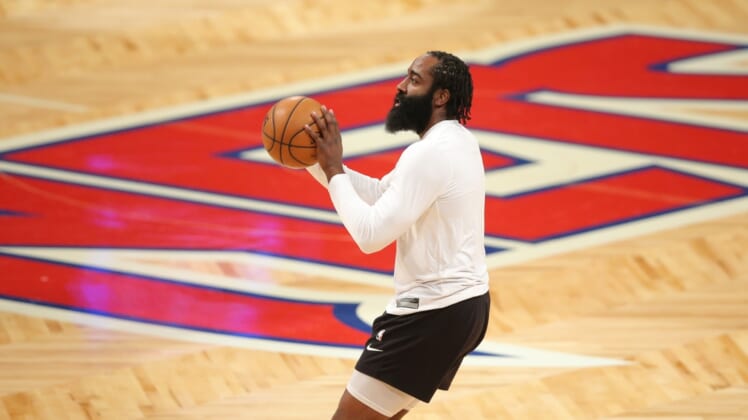 Brooklyn Nets guard James Harden is out indefinitely after sustaining a setback during his rehabilitation from an injured right hamstring, the team announced Tuesday.

“We’re back to square one,” Nets coach Steve Nash said. “He will be back when he’s back. It might be the playoffs. It might be sooner.”

The 31-year-old was re-injured during an on-court session, according to the team. He underwent an MRI exam Tuesday to learn the severity of the injury.

Harden is averaging 25.4 points, 8.7 rebounds and 11 assists in 34 games since joining Brooklyn early in the season from the Houston Rockets in a three-team trade. He has not played since April 5, when he left after less than five minutes of action against the New York Knicks.

“James is progressing well,” Marks said. “He’s looking forward to having at least one or two more play days, which means he’ll play four-on-four, five-on-five with the group in practice. And then hopefully if things go smoothly, he’ll be out and joining the guys in a game.”

Harden is a nine-time All-Star, three-time NBA scoring champion and the league’s 2017-18 MVP. He was considered a strong candidate for this season’s MVP honor before his injury.