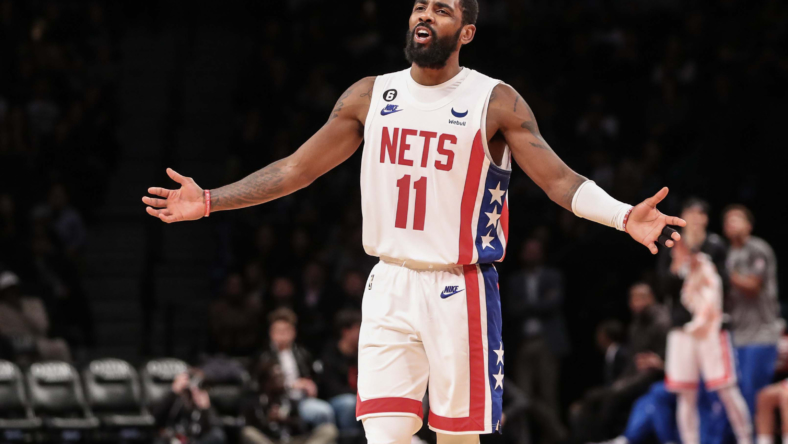 Kyrie Irving is currently away from the Brooklyn Nets, serving at least a five-game suspension for his actions on social media, where he drew worldwide criticism for sharing a link to a movie that allegedly pushes antisemitic viewpoints.

In the days that have followed, Irving and the Nets have attempted to put the toothpaste back in the tube by donating $1 million to combat “hate and tolerance.” Irving has since released several statements and has insisted he meant “no harm” with his tweet.

Yet, what hasn’t gone unnoticed, is the fact that Irving has never issued an official apology or has gone on record to say what he did was wrong in any way. This footnote seems to have caused continuous tension, with many observers unable to ignore the off-court drama.

Now, according to Shams Charania, the Nets have issued a mandate to Irving, giving him six tasks the 30-year-old point guard must complete before being allowed to return to the organization.

Irving eventually donated (or tried to donate) $500K to the ADL (Anti-Defamation League), which ultimately got rejected. The company said they felt Irving “feels no accountability for his actions.”

These tasks are interesting for several reasons. First, Irving already tried to donate, but they didn’t want the money. The second factor that seems fascinating is the Nets forcing Irving to condemn a movie. Irving has had every opportunity to apologize and/or knock this film, but clearly, he feels passionate about something about the film’s message, which he has not explained.

Who knows where the tables turn from here but expect Irving to do what he’s being forced to in order to resume his life as a basketball player.