The “partnership” between Kyrie Irving and the Brooklyn Nets is reportedly expected to be over very soon, and there are sure to be several teams looking to take advantage of the relationship breakdown in New York.

The biggest story in the NBA over the last week has been the deteriorating relationship between Irving and the Nets. While things have been on shaky ground for quite some time, his tweet of support for an antisemitic documentary film last week has pushed things even closer to a divorce.

On Thursday, the team’s hand was forced and they suspended him for at least the next five games after he continually passed up opportunities to apologize for his decision. Now, comes the news that the suspension is likely just the first step toward the end of his tenure in a Nets uniform.

During a Thursday appearance on Sportscenter, ESPN NBA reporter and Nets insider Nick Friedell explained why he believes there is a “very good chance” the 30-year-old never again plays for Brooklyn.

“There are so many people within the organization who are so tired of the stuff off the floor. I think it’s the reason Steve Nash [was like], ‘I can’t believe I have to deal with this.’ And day by day, Kyrie has eroded the trust within the organization. So I think as we sit here right now, with this suspension ahead, there is a good chance he’s played his last game.”

– Nick Friedell on Irving/Nets break up

If that is the case, the team likely will look to pull off a trade for the seven-time All-Star very soon.

While an easy assumption would be that the Los Angeles Lakers are a top candidate to land Irving, that may not be the case anymore. Los Angeles has one of the biggest Jewish-American communities in the country, so bringing Irving to LA seems like a non-starter at this point. That’s why the below three are the next best options.

The loss of Jalen Brunson has been evident for the Dallas Mavericks this season. They have struggled early in 2022, and badly need a viable second scoring option to go along with Luka Doncic. Irving would be that, and even better than Brunson. All of a sudden Dallas would become serious contenders in the Western Conference.

For the Nets, they would likely get Dallas’ first-round picks in 2024 and 2026, former Net Spencer Dinwiddie, plus two-time Knick Tim Hardaway, Jr. Not stars by any stretch, but good fits with Kevin Durant and Ben Simmons. Furthermore, both are only signed for one more season after this and could be used as trade chips in deals in a few months.

The Wizards have been solid this season with superstar Bradley Beal back healthy. However, they are not contending for an Eastern Conference title in 2022. But, with Beal and Irving together they would be quite formidable.

For the Nets they would receive nice rotation pieces in Kyle Kuzma, Will Barton, and Monte Morris. The pros in this swap are Morris and his $8 million is the only contract expected to be on the Nets’ payroll next season. It’s a move to free up a lot of cap space for next season. 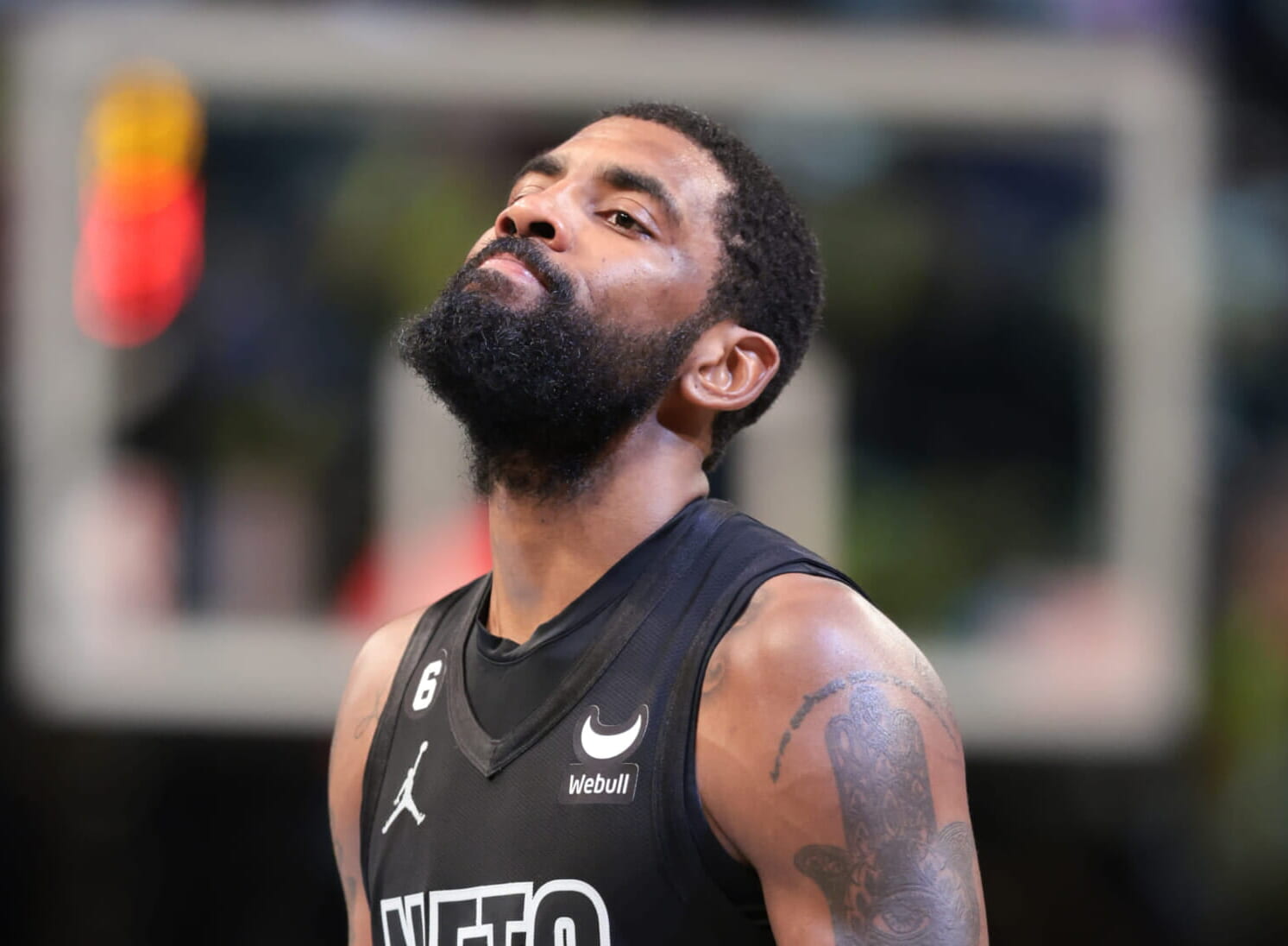 The Charlotte Hornets have been trying desperately for two years to move Gordon Hayward. Maybe both teams can swap their problems? Irving would be a fascinating talent to play alongside young star Lonzo Ball for a few months and make Charlotte an Eastern Conference dark horse.

The Nets would be stuck with Hayward for another season, but they would also receive a 2023 first-rounder, get out from under the Irving drama, and a player — when healthy — who would be a very nice fit as a knockdown shooter with Durant and Simmons.