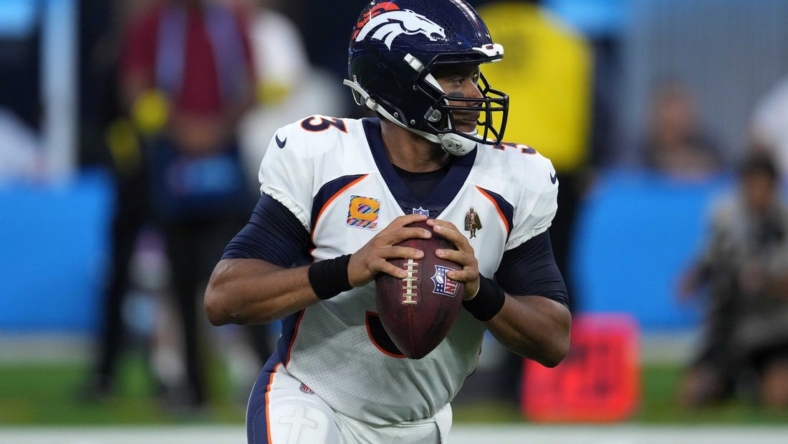 Denver Broncos quarterback Russell Wilson was a limited participant in practice for the second straight day on Thursday due to his hamstring injury.

“He had a good day of practice today,” Broncos coach Nathaniel Hackett said. “(He) looks good, and we’re just going to keep on monitoring it day-to-day and make sure he’s OK.”

Wilson’s level of participation in practice on Friday likely will go a long way toward his availability for the Broncos (2-5) in their game against the Jacksonville Jaguars (2-5) on Sunday in London.

“We’ll find out,” Hackett said about whether Wilson will play on Sunday. “It’s day-to-day. Want to be sure ‘Ryp’ (Brett Rypien) and Josh (Johnson) are both ready at the same time.”

Wilson, 33, missed last Sunday’s 16-9 loss to the New York Jets after sustaining the injury in Denver’s Week 6 loss to the Los Angeles Chargers. He also has been playing through an injury to his throwing shoulder, a partially torn lat muscle that required a platelet-rich plasma injection.

Rypien completed 24 of 46 passes for 225 yards with no touchdowns and one interception against the Jets.

The Denver offense has struggled despite the offseason acquisition of Wilson. The former Super Bowl winner has thrown for 1,442 yards, five touchdowns and three interceptions through six games, completing 58.6 percent of his passes — far below his career average of 64.8.