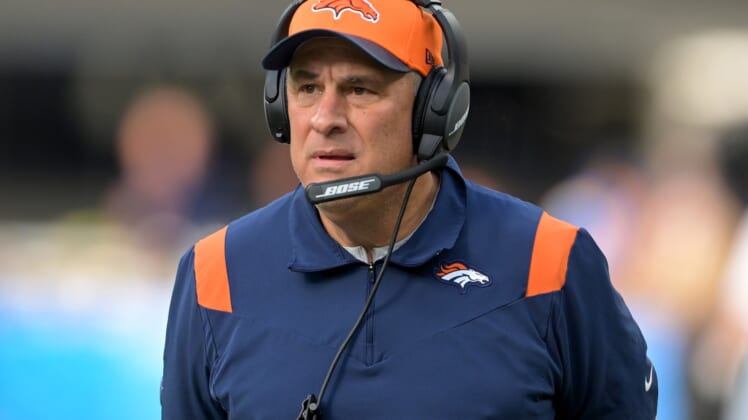 The Denver Broncos fired Vic Fangio on Sunday morning after his three seasons as the team’s head coach.

The decision came one day after the Broncos dropped a 28-24 decision to the Kansas City Chiefs in their regular-season finale. Denver finished the season with a 7-10 record, marking its second straight last-place finish in the AFC West.

Fangio sidestepped addressing his future as the team’s coach on Saturday. When asked if he thought this was his last chance as the Broncos’ coach, he said “the whole focus was on our players and this team.”

Fangio, 63, posted a 19-30 record with the Broncos. He had never been a head coach until the Broncos hired him.

Fangio was named the 17th head coach in franchise history on January 2019 after accumulating 32 years of NFL coaching experience, including 18 years as a defensive coordinator.

“Our search to find the next head coach of the Broncos will be a comprehensive, collaborative process,” Paton said. “We’re approaching it with an open mind and look forward to spending time with some outstanding candidates.

“With the foundation in place, the progress that’s been made and the resources we have to get better, I’m excited about the future of our team. We will find an outstanding leader and head coach for the Broncos and our fans.”

“For the last three seasons, Vic put his heart and soul into coaching the Broncos,” Ellis said. “I want to thank Coach Fangio for giving his maximum effort to our organization day he was hired.

“George will have full authority to select the next head coach of the Broncos. This is his decision and his program. I have complete confidence in George’s ability to lead an exhaustive and successful head coaching search.

“We will give George every available resource and fully support him in hiring the very best head coach to lead the Broncos.”