Broncos add running back Devine Ozigbo off waivers from Saints 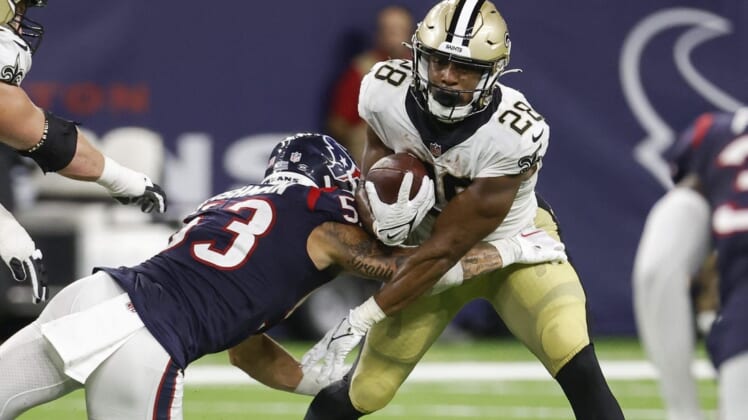 The Denver Broncos were awarded fourth-year running back Devine Ozigbo off waivers from the New Orleans Saints on Monday.

Ozigbo played two games for the Saints in 2021 he was waived. He also suited up for a game last season with the Jacksonville Jaguars, with whom he also spent 2019 and 2020.

The Saints brought Ozigbo back into the fold in May before waiving him Sunday ahead of the next training camp roster cutdown deadline.

In 21 career games, the Nebraska product has 13 receptions for 72 yards along with 11 carries for 25 rushing yards.