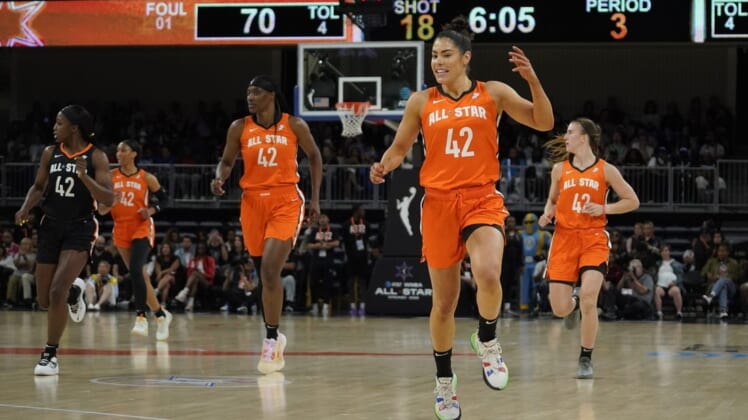 Brittney Griner shared personal photos and her defense team asked a Russian judge for leniency as her trial for drug possession approaches closing arguments this week.

Griner, 31, pled guilty to all charges and took the stand to explain the circumstances that brought her before the judge.

The two-time Olympic gold medalist and seven-time WNBA All-Star faces up to 10 years in prison if convicted after being found in possession of vape cartridges containing cannabis oil at a Moscow airport in February.

The trial was adjourned Tuesday until closing statements on Thursday. A prison sentence is expected to be handed down Friday.

Negotiations to include Griner and another American imprisoned in Russia, Paul Whalen, in a prisoner swap are not progressing, per reports. Legal experts suggest Russian officials are not likely to entertain the swap proposed by the United States until Griner is convicted.