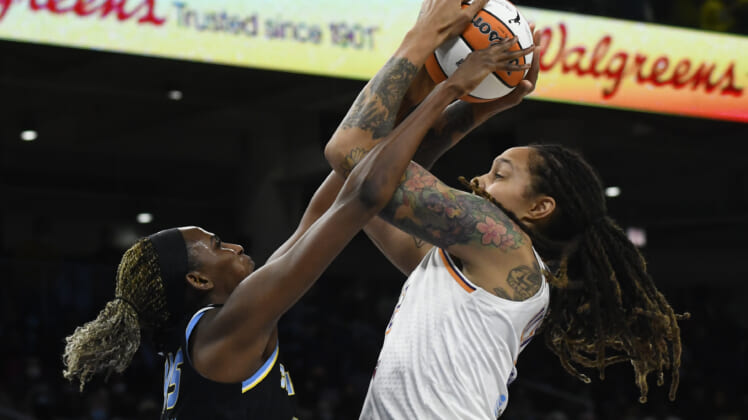 After 128 days in Russian custody, WNBA star Brittney Griner has finally received a court date following her arrest in February on an accusation that she brought hashish oil into the country.

Prosecutors have received multiple extensions from the Russian court since Griner’s arrest at a Moscow airport. During her arrest, footage from the Russian Federal Customs Service showed the Phoenix Mercury star going through airport security with officials extensively searching through her luggage.

She has been detained by Russian law enforcement since Feb. 17, with both the WNBA and NBA urging U.S. government officials to bring her home. The United States now believes the 31-year-old is being wrongfully detained.

Appearing for a preliminary hearing on Monday, it was announced that Griner’s first court date would take place on July 1.

Griner, who has two children, has received some communication from her wife Cherelle Griner. The couple recently had their anniversary, but Cherelle said a scheduled call the U.S. promised her never went through.

ESPN previously reported that the expectation from U.S. officials and those close to Griner is her court date would keep being extended until Russia and the U.S> agreed on a deal for her release. However, there is no indication that a deal is imminent.

With the WNBA regular season ending on Aug. 14, it’s unlikely Brittney Griner plays this year even if she returns to the U.S. in the near future.