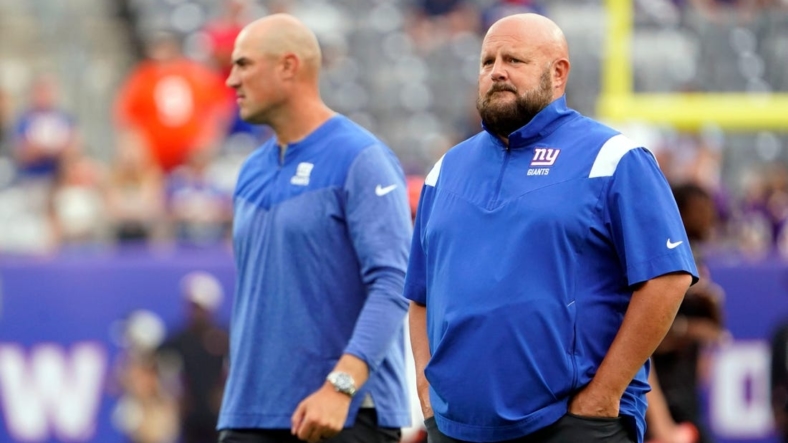 Kafka called plays during the preseason.

Daboll has been a longtime offensive coordinator for several teams, including the last four seasons with the Buffalo Bills, and had left the door open on who would handle those duties.

Daboll also told reporters that outside linebackers Azeez Ojulari (calf) and Kayvon Thibodeaux (knee) are “day-to-day.” Thibodeaux is not expected to play after suffering an MCL injury in the preseason.

The Giants open the season Sunday against the Tennessee Titans in Nashville.