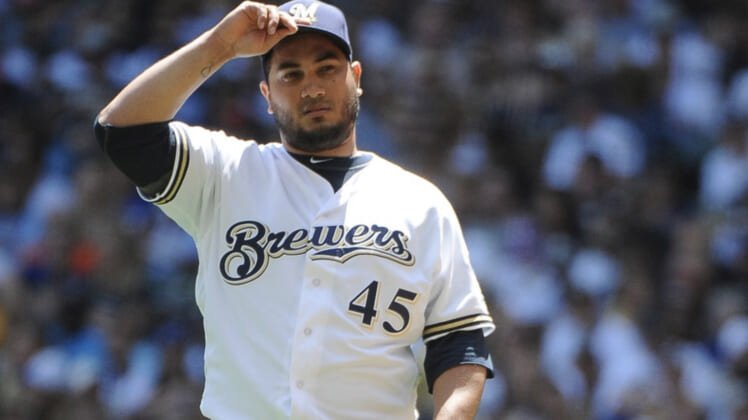 In the midst of a playoff race, the Milwaukee Brewers are moving on from a pitcher who started their season opener.

Days after designating veteran starter Jhoulys Chacín for assignment, Milwaukee announced on Monday that it has outright released him.

Milwaukee heads into this week’s action with a 67-63 record and 4.5 games out of first place in the NL Central. It is also two games out of the final wild card spot.