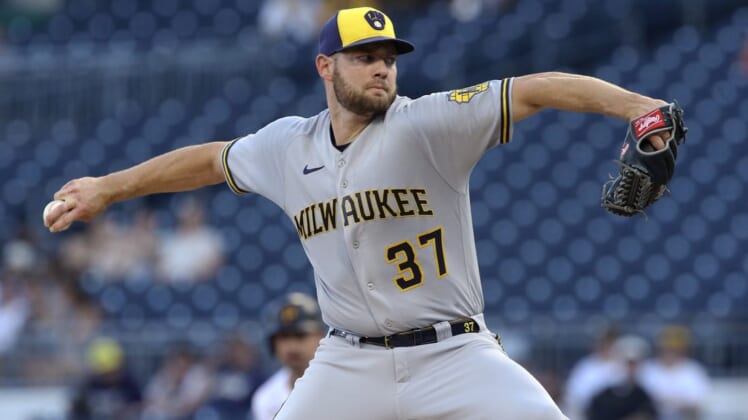 Houser exited Thursday’s game against the Pittsburgh Pirates with elbow discomfort after 2 1/3 innings. Initial testing did not reveal anything too serious, but Houser was sent back to Milwaukee in the midst of the Brewers’ six-game road trip to receive an MRI.

Injuries have hampered Milwaukee’s pitching staff all season, as Freddy Peralta (shoulder) and Aaron Ashby (forearm) are both currently on the IL, while Brandon Woodruff just returned to action on Tuesday after missing a month due to an ankle injury.

Trevor Kelley was called up from Triple-A Nashville in a corresponding move. He’s made 14 relief appearances for the Brewers this season and is 1-0 with a 6.88 ERA. Kelley previously pitched for the Boston Red Sox (2019) and Philadelphia Phillies (2020).