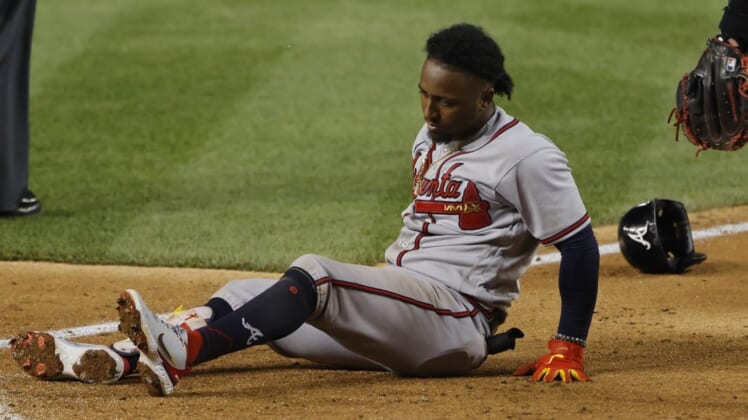 Atlanta second baseman Ozzie Albies broke his left foot while grounding out in the fifth inning of the Braves’ 9-5 win over the host Washington Nationals on Monday.

The Braves emerged with their 12th consecutive victory, but they will have to move forward without Albies.

Albies fell in the batter’s box after his swing, which sent a ground ball to shortstop. He hopped on one foot into the dugout, and Orlando Arcia replaced him in the field for the bottom of the inning.

“I hate it for Ozzie, I hate it for us,” Braves manager Brian Snitker said postgame. “It’s unfortunate, but it’s one of them things. He’ll be fine. He’s young. He’ll heal quick. …

“He loves to play baseball and is such a big part of our club here. It’s just a chance for somebody else to do something good.”

A two-time All-Star and two-time Silver Slugger winner, Albies was a key part of the Braves’ World Series championship team last year. He posted career highs with 30 homers and 106 RBIs in the 2021 regular season.

Arcia, 27, singled and walked in his two plate appearances after entering the Monday game. He is batting .313 with one homer and eight RBIs in 17 games this year.