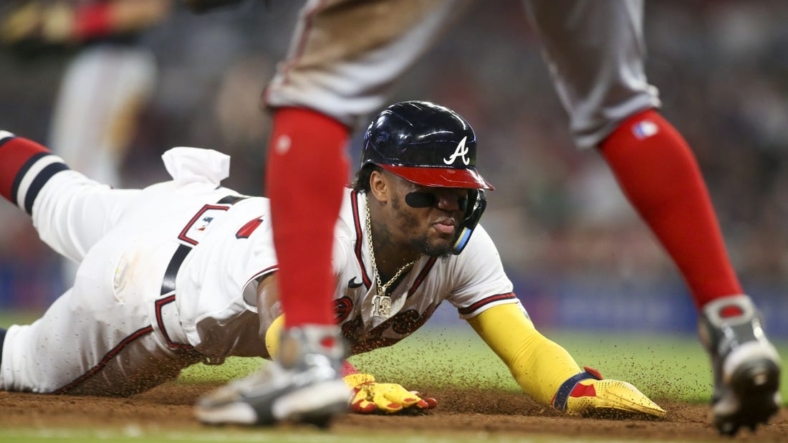 The Atlanta Braves will send veteran Charlie Morton to the mound on Tuesday in the hopes of extending their home-field winning streak and possibly clinching a spot in the postseason when they host the Washington Nationals in the middle game of a three-game series.

Atlanta (92-55) has won a season-best nine straight home games, four wins short of matching the franchise record of 13 set in 2019. The Braves reduced their magic number to two after they beat the Nationals 5-2 and the New York Mets beat the Milwaukee Brewers 7-2 on Monday. Any combination of two Braves wins or Milwaukee losses will guarantee Atlanta a spot in the playoffs.

Morton lost his most recent start on Wednesday at San Francisco, allowing four runs on four hits and two walks with seven strikeouts over 5 1/3 innings.

Morton is 5-6 with a 4.98 ERA in 14 career starts against Washington. In his lone start against the Nationals this season, Morton worked seven innings and allowed two runs on four hits. He walked three and fanned seven in that July 8 win.

“Where I am now I feel really good,” Morton said. “I just don’t like the walks. That’s something that really bugs me.”

Corbin pitched to a no-decision on Wednesday against the Baltimore Orioles when he allowed only one run on four hits over six innings. He fanned four without issuing a walk. Over his past five starts, he has yielded two or fewer runs four times.

The Nationals left-hander will hope for offensive support from Joey Meneses. The 30-year-old rookie went 4-for-4 with his first career stolen base on Monday.

Meneses played in the Braves’ system from 2011-17 and reached the Double-A level. He was signed by the Nationals in January and recalled when Juan Soto was traded, and he is one of several players looking to get a jump on making next year’s club.

“I like the way they’re playing, I really do,” Washington manager Dave Martinez said of his newcomers. “I mean, they’re getting opportunities to play, they’re showing me some things that I want to see, and they’re doing well. …

“We’re looking for players, right? Come spring training, these guys are making a good case for themselves.”

Atlanta added right-handed starter Bryce Elder to the roster on Monday. He will be used in long relief, with the potential to make a spot start. He is 1-3 with a 3.67 ERA in seven appearances (six starts) in the major leagues this season.