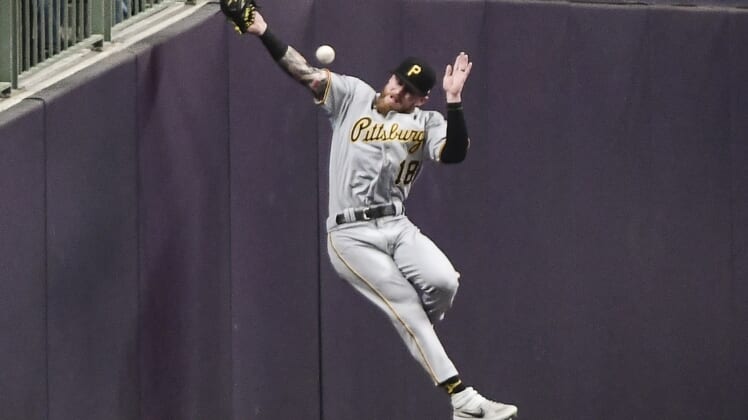 Brandon Woodruff carried a no-hitter into the sixth inning as the Milwaukee Brewers earned a 4-2 win and completed a three-game sweep of the visiting Pittsburgh Pirates on Wednesday afternoon.

Milwaukee broke it open in the bottom of the seventh thanks to a three-run homer from Keston Hiura. The Brewers had held a narrow 1-0 lead up to that point after Rowdy Tellez hit a solo shot in the second.

Aside from allowing the Tellez home run, Pirates starter Mitch Keller (0-3) recorded a stellar outing as well, allowing four hits and one run through 5 1/3 innings. He struck out seven and walked none.

Pittsburgh rallied in the eighth, as Michael Chavis and Kevin Newman led off the inning with a pair of singles. With two outs in the frame, Ke’Bryan Hayes’ base hit plated both of them, cutting the Milwaukee lead in half.

That would be all the Pirates could muster, as Devin Williams buckled down and struck out Yoshitomo Tsutsugo to close the frame.

Josh Hader entered in the ninth and worked around one hit, picking up his sixth save of the season. It was the Brewers’ fourth straight win.

Hunter Renfroe continued to find his rhythm with the Brewers, going 2 for 3 with a double, a walk and a run scored. He has now hit safely in seven of his last eight games.

Omar Narvaez also went 2 for 3 with a pair of singles and was hit by a pitch, and Tyrone Taylor had a double.

Hayes had two RBIs and Chavis went 2 for 2 with two singles after pinch-hitting in the eighth. All five of Pittsburgh’s hits were singles.

With one out in the top of the sixth, Daniel Vogelbach picked up the Pirates’ first hit with a single to center.

Woodruff retired the first nine batters he faced in order, striking out five of them. Vogelbach was the first to reach base in the top of the fourth after drawing a walk.