Brandon Moreno next fight: The ‘Assassin Baby’ returns in July 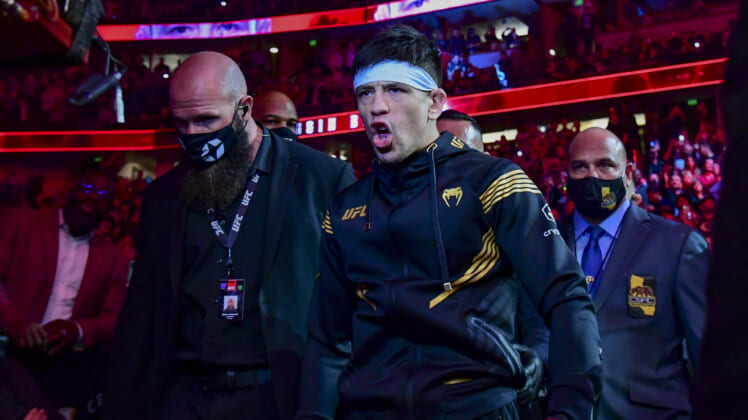 The Brandon Moreno next fight rumors have grown very loud, and it looks like the former flyweight champion will make his return to the Octagon in July, with UFC interim gold on the line. But if he isn’t facing long-time rival and current champion Deiveson Figueiredo, who will the “Assassin Baby” be battling in his next fight?

Who will Brandon Moreno next fight be against?

On July 30, Mexico’s greatest MMA export will step back into the cage. Waiting for him inside New York’s Madison Square Garden will be a foe he is very familiar with in second-ranked fighter Kai Kara-France. The pair faced off in a competitive scrap won by Moreno in December 2019. However, in the three years since, both have become elite competitors in the division and grown as fighters.

Also Read:
Conor McGregor next fight: Who will win the ‘Notorious’ lottery?

How to watch Moreno vs Kara-France on July 30

Since flyweight king Deiveson Figueiredo is sidelined with an injury, the UFC has booked an interim championship bout between the next best fighters in the division. Moreno will look to regain the title he lost in a razor-thin decision to the Brazilian in January. While Kara-France will receive his first opportunity at promotional gold after three and half years in the organization.

Different men: Credit must go to both Kara-France and Moreno for how much they have improved since their first clash a few years back. Moreno has taken major steps forward in expertly blending his trademark aggression with an improved fight IQ. And the New Zealander has morphed into a feared power puncher — in a division that doesn’t have many — after knockout wins over Rogerio Bontorin and Cody Garbrandt last year.

Rematch familiarity: While the duo’s first fight will matter in terms of understanding their foe’s speed and strength, it will not be the crux of either team’s pre-fight game planning. They have an idea of what they will be getting into on July 30, but both are far better than they were in 2019. Meaning a fresh take on their opponent is necessary despite their previous history. 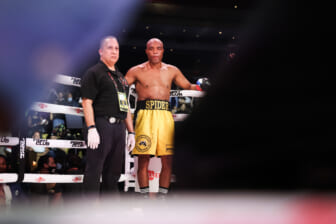 The bottom line: This matchup is built to be highly exciting and very competitive. Both have strengths that differ from the other, but one key advantage for the Mexican star will be his deep history in five-round championship bouts after three straight title fights against Figueiredo.

What makes Brandon Moreno so popular?

Moreno is the first Mexican-born fighter to ever win a UFC title. His MMA story is one of perseverance in a career where many doubted his potential to be a top star in the sport. Now, after more than a decade as a cage fighter, Moreno is one of the best 125-pound fighters on the planet and the most popular MMA competitor from Mexico.

The measure of a fighter is often in dollars and cents stacked up during a career of fisticuffs. After 11 years in combat sports, Brandon Moreno’s net worth is estimated to be $1 million.