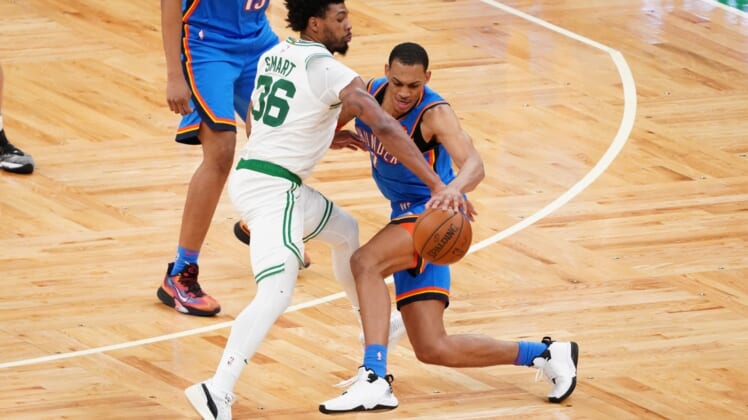 Boston Celtics guard Marcus Smart was suspended without pay for Wednesday night’s game against the Charlotte Hornets for using threatening language toward an official.

The NBA said the incidents happened during and after Boston’s 119-115 home loss to the Oklahoma City Thunder on Tuesday.

Smart recorded 14 points, six assists and five steals in 38 minutes in the loss to Oklahoma City. He was just 4 of 17 shooting and made only 1 of 10 3-point attempts.