Blues G Jordan Binnington out for rest of series vs. Avs 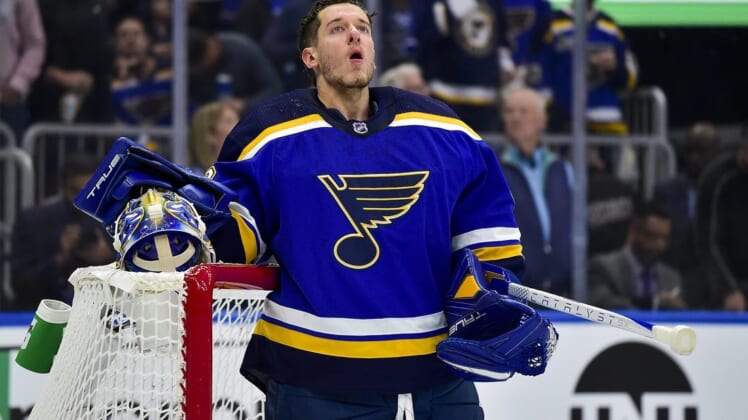 St. Louis Blues goaltender Jordan Binnington will miss the remainder of the Western Conference semifinal series against the Colorado Avalanche due to a lower-body injury, coach Craig Berube announced Sunday.

Binnington was injured 6:45 into Saturday’s 5-2 loss after Avalanche forward Nazem Kadri and Blues defenseman Calle Rosen crashed into him. Binnington tried some agility drills but was not able to continue.

Ville Husso replaced Binnington and finished with 19 saves for the Blues, who trail 2-1 in the best-of-seven series.

The GAA and save percentage represent career-worst marks since Binnington joined the regular rotation in 2018-19. He has elevated his play during the postseason, notching a 1.72 GAA and .949 save percentage.

Binnington threw a water bottle at Kadri during a postgame interview in response to the play.

Kadri previously received an eight-game suspension for an illegal check against Blues defenseman Justin Faulk in 2021.

“Look at Kadri’s reputation,” Berube said in response to questioning about the play. “That’s all I’ve got to say.”