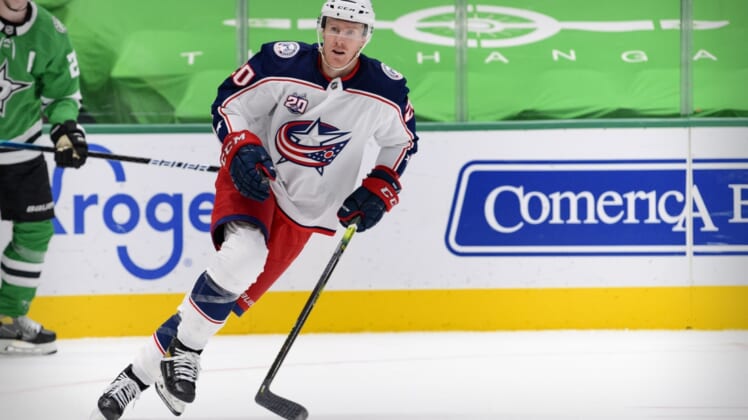 Columbus Blue Jackets center Riley Nash will be out four to six weeks with a knee injury, The Athletic reported Tuesday.

Nash, 31, suffered the injury Sunday during the Jackets’ loss to the Florida Panthers when he collided with Florida’s Noel Acciari in the second period.

Nash was on the trading block ahead of next week’s deadline, per the report.

Nash was selected 21st overall in the 2007 draft by Edmonton.