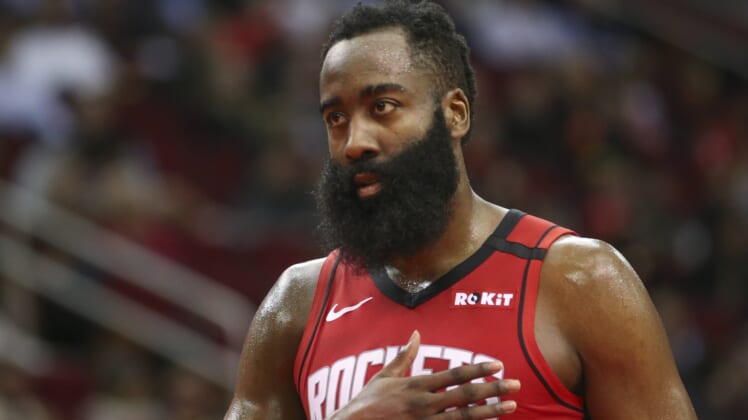 The NBA world was thrown for a loop Wednesday afternoon when it was announced that a James Harden trade had finally taken place.

The three-time reigning scoring champion and former MVP was dealt from the Houston Rockets in a blockbuster four-team trade that includes the Indiana Pacers and Cleveland Cavaliers.

Houston receives four first-round picks and four pick swaps as the centerpieces in the deal. Meanwhile, Caris LeVert heads to Indiana in exchange for the Rockets receiving All-Star guard Victor Oladipo. Cleveland makes out as bandits, adding stud young center Jarrett Allen for pennies on the dollar (details of the blockbuster here).

Needless to say, the NBA world has been waiting for a James Harden trade over the past couple months after he requested to be moved ahead of the 2020-21 season. Since then, drama has plagued both the star guard and his organization.

As for the trade itself, there was a lot of talk on social media.

The James Harden trade obviously shakes up the foundation of the NBA as we know it. With the Kyrie Irving situation still ongoing after he’s missed the past three games for “personal reasons,” Kevin Durant now has another former MVP as a running partner.

It’s too early to say whether this blockbuster will lead to the Nets being favorites back east. Remember, they are still a mere 6-6 on the season. What we do know is that general manager Sean Marks has built a super team in the truest sense of the team.

How these egos play out under inexperienced head coach Steve Nash is also a major backstory here. Irving has been nothing but drama in Brooklyn. Durant has an ego the size of Saturn. All the while, we know what the issue has been for Harden in Houston ahead of this trade.