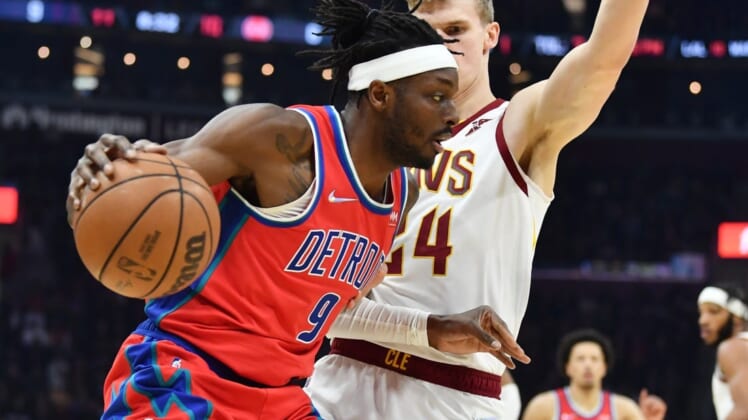 The Portland Trail Blazers acquired forward Jerami Grant and the draft rights to Ismael Kamagate from the Detroit Pistons on Wednesday.

“Jerami Grant is a dynamic two-way forward that can impact winning at a high level,” Trail Blazers general manager Joe Cronin said in a news release. “He fits seamlessly into Coach (Chauncey) Billups’ system on both sides of the ball. We could not be happier to have him in Portland.”

The 6-foot-8 Grant is entering the final year of a three-year, $60 million deal he inked as part of a sign-and-trade between the Denver Nuggets and Pistons in November 2020.

Grant, 28, emerged as an offensive threat in his two seasons in Detroit. He averaged 20.9 points in 101 starts for the Pistons, though a calf injury ended his 2021-22 season in March. He also missed six weeks with a thumb injury earlier in the season.

Procida, a 6-7 guard from Italy, also was a second-round pick.